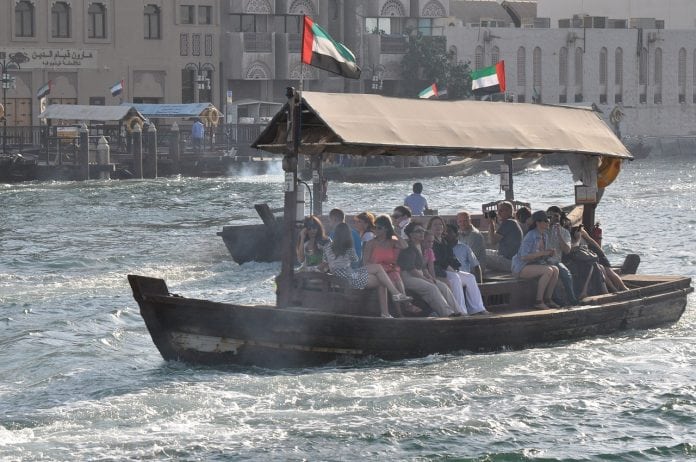 Whether they’re after windswept deserts, archaeological treasures or luxurious beach resorts, China’s growing middle class is increasingly considering the Middle East as their next holiday destination.

Amid rising affluence levels, the number of travelers from China has soared in recent years, making it the world’s largest outbound tourism market. But in addition to visiting countries in the Far East and Europe, Chinese tourists are seeking new destinations off the beaten path.

“The Middle East offers a very different type of holiday experience to what travelers find elsewhere in the world,” he says. “In the UAE, visitors can spend the morning touring the souks or taking a jeep ride into the desert before heading to malls full of designer stores in the afternoon.”

Indeed, Chinese tourists are responsible for up to 25 percent of luxury sales in the Mall of the Emirates, according to the Majid Al Futtaim Group.

The region is also working hard to build on its cultural credentials with projects such as the upcoming Louvre Abu Dhabi. It is the first establishment outside Paris to carry the world-famous Louvre name and is part of a drive to promote the emirate as a cultural hub of the Middle East.

Travel incentives across the Middle East and North Africa are also helping to drive tourism. Chinese passport holders are given 30-day visas-on-arrival upon entering the UAE, while members of China’s online travel agency Ctrip have benefited from duty free discounts.

Similar travel incentives have been introduced in Morocco, which saw the number of Chinese tourists rise by 300 percent to 42,000 in 2016. Since summer of last year, Chinese visitors to the country have not been required to hold a visa.

“There has been a huge marketing and communication effort to promote the region’s cultural heritage, especially in Cairo. The challenge is to convey a ‘safe’ image of the region,” explains Vucinic.

Hotels are rethinking how they cater to the influx of Chinese tourists. In the UAE, InterContinental Hotels, for example, introduced a “China Ready” certification for hotels that include Mandarin-speaking staff, accept Chinese bank cards and provide Chinese tea for guests.

“Chinese tourists tend to behave differently than tourists from elsewhere in the world,” says Vucinic. “They either want a super high-end luxury hotel or they are very cost-sensitive. Some opt for a 5-star hotel for a few nights and then change to more affordable accommodation for the rest of their stay. They tend to explore rather than stay in the resort and they’re also more likely to travel in groups.”

The region is benefiting from the increased spend that comes with greater tourism, but for hotels it’s not necessarily an easy win by making small changes on the ground. There’s also a lot to be done in terms of marketing the Middle East before tourists even think about getting on a plane.

“Hoteliers that are keen on significantly leveraging on the growth of Chinese tourism would do well to have strong presence in China to bring in business,” Vucinic explains. “This includes participating in major exhibitions or hiring sales managers who are located in China and sell rooms to the local tourist office.”

A favourite for the future?

Longer term, the number of tourists from China visiting the UAE looks set to keep growing. The two regions are working towards a free trade agreement, which Vucinic says could boost the number of corporate tourists travelling to the emirates.

Meanwhile, China’s “One Belt, One Road” initiative – an ambitious development campaign that aims to boost trade and stimulate economic growth across Asia – will cut through the Middle East, cementing its position on the map for adventurous Chinese travelers.

“It’s still early stages for Chinese visitors to the Middle East but they’re set to become an increasingly important part of the market,” says Vucinic. “The hospitality sector in the region should now be looking at innovative ways to provide experiences and services that meet their needs as part of their longer-term strategy.”