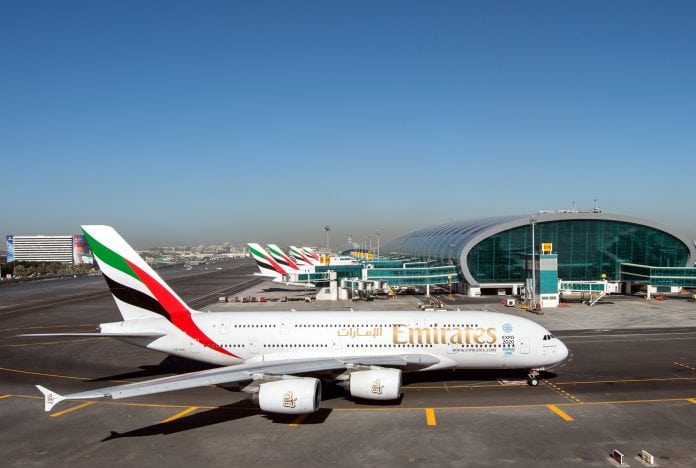 Emirates has announced that it has used cutting-edge 3D printing technology to manufacture components for its aircraft cabins. The airline has reached a significant milestone in innovation by using Selective Laser Sintering (SLS), a new and innovative 3D printing technique to produce video monitor shrouds. One of the other recent achievements has been the 3D printing, certification and installation of aircraft cabin air vent grills for onboard trials.

Emirates has worked with 3D Systems, a US based 3D printing equipment and material manufacturer and services provider, and with UUDS, a European aviation Engineering and Certification Office and Services Provider based in France, to successfully print the first batch of 3D printed video monitor shrouds using 3D Systems’ Selective Laser Sintering (SLS) technology platform.

One of the major advantages of using the SLS technique is the reduced weight of printed components combined with optimisation of the strength of the parts produced. Video monitor shrouds that are 3D printed using the SLS technique can weigh between 9 and 13% lighter than components manufactured traditionally or through the FDM technique. This has the potential to lead to significant reductions in fuel emissions and costs when consolidated over the entire fleet of Emirates aircraft.

Additionally with the SLS technique it is possible to print more than one component at a time when compared with other 3D printing methods. This leads to quicker per-part production times and lesser wastage of raw materials used for production.

Emirates’ 3D printed video monitor shrouds have undergone a range of structural, durability, flammability and chemical tests and are also in the process of receiving EASA certification for airworthiness for aircraft interior cabin parts. On receiving EASA certification the video monitor shrouds will be installed on select aircraft in the Emirates fleet and will be tracked over the following months for data collection as part of tests for on board durability and wear and tear.

Emirates has also worked with UUDS to develop 3D printed aircraft cabin air vent grills that have received EASA certification and have already been installed on aircraft for onboard trials in late October 2017.

“Over the last two years Emirates Engineering has been actively exploring 3D printing for aircraft cabin parts as it is a transformational technology that can be used to achieve an increase in efficiency and productivity,” said Ahmed Safa, Emirates Senior Vice President- Engineering Support Services. “We worked with a number of suppliers to develop prototypes of 3D printed cabin parts but ultimately decided on working with 3D Systems and UUDS. The technology we use has the potential to deliver cabin parts with reduced weight without compromising on structural integrity or cosmetic appeal.”

Using 3D printing will also deliver a number of other benefits for Emirates including more efficient inventory management for thousands of aircraft cabin interior components. With the airline being able to print components on demand within a smaller timeframe, it will no longer have to hold a large inventory of spare components or have to go through long wait times for replacement components.

Emirates will evaluate the performance and durability of the 3D printed air vent grills and video monitor shrouds before further roll out across its fleet. The airline will also continue to pursue other opportunities for introducing 3D printed components across its operations.

Reduced Losses for Airlines but Continued Pain in 2021