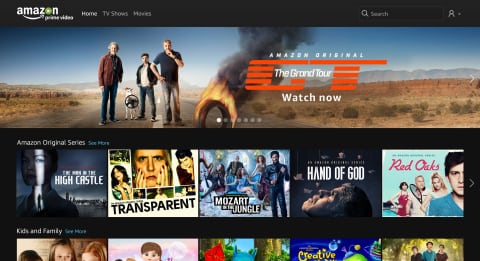 People in over 200 countries around the world can now sign up for Amazon Prime Video at an introductory price of $2.99 (or €2.99) per month for the first six months, starting with a free 7-day trial.

Amazon today announced that Amazon Prime Video is now available to customers in more than 200 countries and territories around the globe. Customers can sign up for a Prime Video membership and watch on Android and iOS phones and tablets, Fire Tablets and popular LG and Samsung smart TVs. Amazon Prime members in Belgium, Canada, France, India, Italy and Spain can start watching today at no additional cost to their Prime membership. Customers in the other new Prime Video territories can sign up at an introductory price of $2.99 (or €2.99) per month for the first six months, starting with a free 7-day trial.

Members can watch Amazon Prime Video in English, with French, Italian, Portuguese and Spanish subtitled and dubbed versions also available for many titles. Members can watch anytime, anywhere through the Amazon Prime Video app on Android and iOS phones and tablets, Fire Tablets, popular LG and Samsung Smart TVs or online at PrimeVideo.com. Members can also download all movies and TV shows for offline viewing—that means watching on a plane, train, anywhere at no additional cost.

Prime Video members can also control how much data they use when streaming and downloading video by choosing between Good, Better and Best visual quality settings, all of which utilize Amazon Prime Video’s state of the art video compression technology to use less data without reducing visual quality. Amazon Prime Video’s automated and machine learning systems will also select the best streaming configurations for a given customer based on their device, location and Internet Service Provider, providing better visual quality and fewer interruptions even when internet connection speeds are slow or highly variable.

Amazon Prime Video is now available at no additional cost to Amazon Prime in Belgium, Canada, France, India, Italy and Spain and to customers in new Prime Video territories for $2.99 USD (or €2.99) per month for the first six months—a 50 percent discount off the full price of $5.99 (or €5.99) per month.