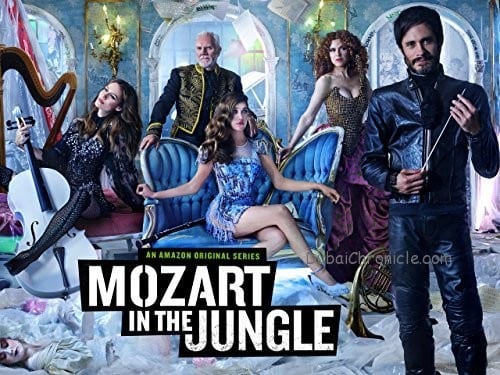 Starting Friday January 15, at 9:00 p.m. PT and concluding at 11:59 p.m. local time, Sunday January 17, everyone can watch Mozart in the Jungle for free via the Amazon Video app for TVs, connected devices and mobile devices, or online at Amazon.com/mozartinthejungle.

Amazon will also offer Amazon Prime for just $73 starting this Friday at 9:00 p.m. PT in celebration of its wins at the 73rd Annual Golden Globe Awards

For a list of all Amazon Video compatible devices visit www.amazon.com/howtostream. Also starting Friday January 15, at 9:00 p.m. PT and concluding at 11:59 p.m. local time, Sunday January 17, and in celebration of Mozart in the Jungle’s multiple wins at the 73rd Annual Golden Globe Awards, Amazon Prime will be available for just $73. New members can sign-up for this limited-time Prime offer at www.amazon.com/MozartPrime.

In addition to SD and HD, the series is also available in 4K Ultra HD on Amazon Fire TV and compatible Samsung, LG and Sony smart TVs and in High Dynamic Range (HDR) on compatible Samsung and LG smart TVs. Prime members can also download the series for offline viewing on iOS, Android, and Fire devices at no additional cost.