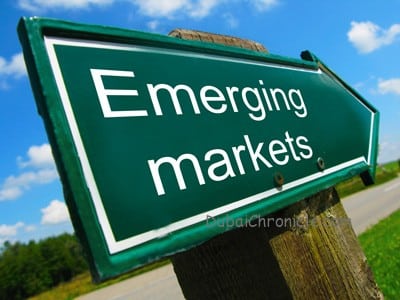 Economists at Goldman Sachs have released what they believe will be the 10 biggest  of 2016. Here they are:

The Goldman economists believe global growth is bottoming out this year at 3.2 per cent and expect it to accelerate to 3.6 per cent next year.

“A large part of it will come from countries currently in recession, namely Brazil and Russia. Small improvements will also come from Europe and Japan, which we forecast to grow at 1.7 per cent and one per cent (from 1.5 per cent and 0.6 per cent previously), while the US will decelerate slightly (to 2.2 per cent from 2.4 per cent) and China will see a somewhat larger deceleration (to 6.4 per cent from seven per cent).

Stable growth in 2016 should should also help dispel concerns that the US and other developed economies are stuck in a period of ‘secular stagnation’, as has been suggested by form US treasury secretary Larry Summers.”

2. US inflation: Less downside risk than is priced

With the amount of spare capacity in the US economy running out and last years drop in oil prices fading out of the annual comparison of prices, it is likely that markets will see a higher chance of inflation overshooting than currently. Likewise, they will see the risk of inflation undershooting as becoming less likely. This is also the case for other countries:

Our forecasts anticipate headline CPI inflation in 2016 will reach 1.8 per cent in the US, 1.1 per cent in the Euro area, and 0.3 per cent in Japan. In 2017, we expect these rates to increase to 2.4 per cent, 1.6 per cent, and 1.5 per cent, respectively. In most DM economies, especially the Euro area and Japan, this will still mean core inflation below the central bank’s target, but the gap would be significantly smaller than now. And deflation fears would most likely fade into memory.

All developed economies are expected to grow next year. However, Goldman economists see central banks taking very different paths. They said a Federal Reserve rate hike in December was “almost certain” while the Eurozone and Japan are likely discussing whether to expand theirs.

“The ongoing US recovery and diminishing slack in the labour market will drive a Fed tightening cycle – almost certainly starting in December – that will ultimately prove to be more hawkish than the market expects in light of our forecasts for a faster pick-up in inflation. We think the US Dollar will be the main beneficiary of this tightening cycle. While one of the lessons of 2015 is that the Fed will likely be cautious about giving a green light to large and rapid USD appreciation, the resilience of the US economy in the face of the substantial Dollar appreciation since mid-2014 gives us confidence that the Fed will ultimately tolerate further Dollar strength as it tightens policy through 2016.”