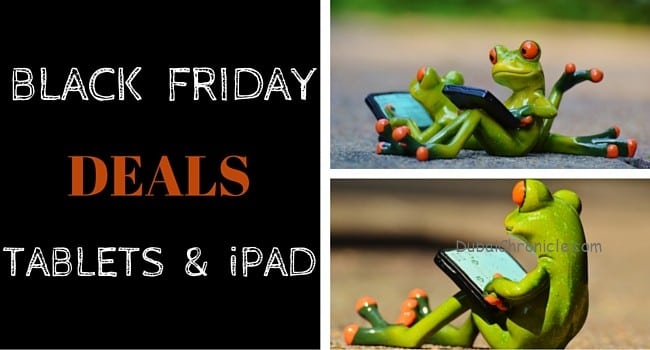 If you have read somewhere that tablet sales are declining, the scarce availability of Black Friday deals on tablets and iPads will prove this statement wrong. Tablets are becoming increasingly popular amongst two consumers groups – kids below 10 and adults above 40. Many of the latest models are featured as prefered personal electronic in this year’s Christmas Gifts guides.

How to Buy a Tablet – Tablet Buying Guide

Here are the the best early Black Friday deal on tablets and iPad we have found on the web. Click on the links below to view the complete offers:

LeapFrog LeapPad Platinum Kids Learning Tablet, Purple – From $100 (it was $129)

We will be adding more Black Friday deals on tablets to this post as the actual day of the sale comes closer. This year it will be November 27, Friday.

Tablets popularity continues to grow in the Middle East; People buy more of them