Global investors are keeping faith with equities while raising cash as markets enter the volatile year-end period, according to the BofA Merrill Lynch Fund Manager Survey for December.

Asset allocators have hiked their cash holdings to an average 5 percent. Moreover, a net 28 percent are now overweight relative to their benchmarks. This is the survey’s highest reading on this measure since June 2012.

Despite this defensive move, respondents show renewed confidence in the global economy. A net 60 percent now expect it to strengthen over the next year – up almost 30 percentage points in two months. Against this constructive background, they are also more confident that corporate earnings will rise.

At the same time, inflation expectations have fallen to their lowest level since August 2012.

Commodities are a significant factor in this. A net 36 percent of fund managers view oil as undervalued following its recent price fall. This reading is up over 20 percentage points since October and represents its lowest level since 2009.

In addition, expectations of European economic performance have improved. This reflects the likelihood of the European Central Bank beginning a program of quantitative easing next quarter – as 63 percent of respondents now expect, compared to November’s 41 percent. This translates into higher appetite for eurozone equities, notably banks, revealed in the survey.

“We are seeing capitulation out of energy and materials to the benefit of the dollar, cash, eurozone stocks and global tech and discretionary stocks,” said Michael Hartnett, chief investment strategist at BofA Merrill Lynch Research. “The prospect of ECB QE has brought growing consensus on European equities, but the weakening business cycle and falling commodity prices are working against true earnings recovery,” said Manish Kabra, European equity and quantitative strategist.

A growing number of investors now anticipate a favorable scenario of above-trend growth and below-trend inflation over the next 12 months. While this is still a minority view (with the majority anticipating that both growth and inflation remain below-trend), its reading has jumped five percentage points month-on-month.

A net 20 percent now expect higher global consumer prices in the next 12 months. This is down from last month’s net 35 percent.

In this environment, respondents view global fiscal policy as too restrictive. This month’s net 26 percent is the survey’s highest reading on this measure since July 2012.

Commodities have fallen sharply out of favor. A net 26 percent of fund managers are now underweight the asset class. This is up from November’s net 18 percent and marks the survey’s lowest reading on this measure in a year.

This shift is also evident in strong moves in investors’ positioning. Both the energy and materials sectors saw 19 percentage-point month-on-month increases in net underweights.

Commodities’ fall has intensified bullishness on the U.S. dollar. While funds continue to view long exposure to the U.S. currency as the most crowded trade in financial markets currently, they still regard the dollar as significantly undervalued.

Appetite for eurozone equities has risen to a net 26 percent overweight, up from November’s net 8 percent. Intentions to own the market have also risen, with Europe now the region fund managers are most likely to overweight over the next year.

A net 19 percent regard eurozone equities as undervalued. This reading is up from November’s net 12 percent.

In contrast, investors have less conviction towards U.S. and Japanese stocks. With the U.S. market appearing overvalued to a strong majority of the panel, a net 10 percent now intend to underweight it in the coming 12 months. 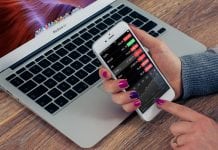 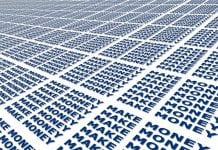