Today, 20th of March, is the first International Day of Happiness. This special day was established last year by UN’s General Assembly. On it, the world celebrates happiness and the pursuit of it.

Ban Ki-moon, the UN Secretary-General, published a message dedicated to the celebration. In it, he outlined the importance of finding happiness. In addition, he stated that this is still impossible in places where people live in “extreme poverty” and lack basic material facilities. Yet, Ki-moon expressed his satisfaction with the efforts of some governments to offer better living conditions to its populations. The Secretary-General concluded by urging for mutual help and compassion. 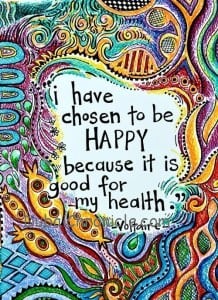 Also, to mark the occasion the United Nations issued a study together with the Earth Institute of Columbia University titled The World Happiness Report. The research points out which are the happiest countries on the globe. Among them was also the United Arab Emirates. The population of the country was ranked as the 17th happiest in the world and the happiest in the Gulf region. The UAE tops neighboring countries like Saudi Arabia (26), Kuwait (29) and Qatar (31). Moreover, the Emirates were found to be more satisfied with their lives than people in the UK (18), Iceland (20), France (23), Brazil (25), Italy (28) and Germany (30).

The list is topped by three Scandinavian countries – Denmark (1), Finland (2). Other European nations were also found to be among the happiest on the globe, including the Netherlands (4), Switzerland (6), Ireland (10) and Austria (13). Canada and the U.S. too managed to occupy top spots, taking the 5th and the 11th positions, respectively.

UN’s World Happiness Report was based on statistics from 156 countries. It studied things like work conditions, business corruption, family problems, freedom of choice, as well as health in all of the participants in the research. In almost all of these categories the UAE performed above the average. In addition, it was found that Emirati women were generally happier than men.

The report was presented at the conference “Quality of Life in UAE” which was held in Ajman. The event was organized by the Ajman Executive Council and the Emirates Competitiveness Council. Also, it was attended by His Highness Shaikh Humaid Bin Rashid Al Nuaimi , Member of the Supreme Council and Ruler of Ajman, as well as the co-author of the research Professor Jonh Helliwell. Helliwell discussed UAE’s performance on the list stating that the oil was not the reason why the country rated so high. According to the professor, the population of the country was among the happiest in the world because the Emirates knew how to work together. In addition, Halliwell said that the country’s success was also due to its policies which were never selfish or one-sided.

Dr. Abdullah Al Nuaimi, Minister of Public Works and member of the Follow up Committee of President Initiatives, also stated that the impressive ranking of the United Arab Emirates was not an accident. He pointed that the excellent performance of the country was also affected by the work and ideas of President His Highness Sheikh Khalifa bin Zayed Al Nahyan. Al Nuaimi added that UAE’s president is doing his best to offer better social and economic standards and highest living to the residents of the country. Also, he mentioned the success of the Committee of the President Initiatives which focuses on things like roads, welfare projects, housing and social and economic advance.

Among the interesting discoveries made by the World Happiness Report are that the happiest nations are those which enjoy higher levels of employment, stable families and good behaviour. On the contrary, countries which are unhappy are poorer, more violent and have less job opportunities. However, the good news is that the world population is now happier compared to 30 years ago.

Here are the top 20 happiest countries in the world: