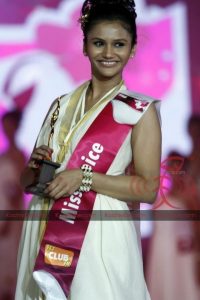 DubaiChronicle.com received an email from a reader requesting to publish the following announcement:

Roshni who represented the GCC for this contest is a talented singer and model.  She was one of 21 finalists who had participated in the pageant. With the Miss Voice title, Roshni also won Miss. Social Media 2012.

We wish to Miss Roshni all the success!

Oops…They did it again! The Boom burns a hole in your pocket…

Young, arrogant and shameless…Stay away from the food court

Had an oppurtunity to release a yearling on 29th June 2012