The Board of Directors of Emirates Identity Authority (EIDA) has approved a number of recommendations made by EIDA with respect to the mechanism of dealing with the deadline given to all UAE nationals and residents to register in ID card and Population Register, which will end on December 31, 2010.

EIDA explained in a press release that its board of directors had approved a recommendation to extend the deadline for the registration of nationals in the ID card and Population Register for 6 months only to 30/06/2011.

The board also approved another recommendation to link the procedures of registration in the ID card and Population Register for all UAE residents to the residence issuance and renewal. Registration of residents will be made through the registration centers annexed to the preventive medicine centers, as currently applicable in Umm Al Quwain.

The press release said this recommendation came as part of the actual implementation of the second theme of the new registration plan emanating from EIDA Strategy 2010-2013 related to linking registration in ID card to visa issuance and renewal.

This theme is currently being implemented in Umm Al Quwain, which saw the trial of this theme based on the contract signed between EIDA and EIMAS for developing the Population Register system and linking registration for ID card to visa issuance and renewal through 25 registration centers annexed or close to the preventive medicine centers across the UAE, the press release added.

The press release emphasized that this theme would continue to be activated on a gradual basis with EIDA expecting to complete the construction and equipping of all registration centers annexed or close to preventive medicine centers in the last quarter of 2011.

In addition, the board approved a recommendation to link the services provided by all departments, corporations and entities across the UAE to the ID card on a gradual basis, calling for continuous co-ordination with the concerned service entities to link their services to the ID card.

EIDA stressed its keenness on completing the registration of all UAE nationals and residents in the ID card and Population Center as well as its earnest endeavor to carry out all the projects and initiatives emanating from the new EIDA Strategy 2010-2013.

EIDA praised the populationâ€™s co-operation and their positive response to registration in ID card in 2010 following the successful implementation of the new registration plan and the procedure re-engineering project.

Meanwhile, EIDA expressed its hope to maintain the rising numbers of ID registrants who exceeded 1.5 million in 2010, adding that it would do its utmost to double these numbers in the upcoming period as per the new registration plan and the relevant initiatives. 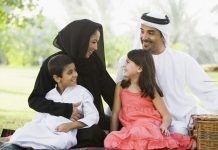