The semiannual Dubai Fashion Week was called off again for second time, as DubaiChronicle.com had learnt.

DFW’s fashion manager announced that the event will be cancelled for November 2012. In that way the plans of the organizers for an early show will fall through. 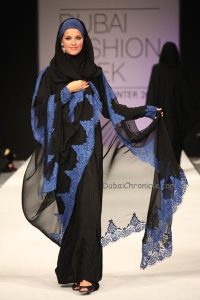 Other officials from DFW said that the event is still in a process of preparation and it would take place in 2013. According to that announcement, the organizers want to offer nothing but a top class show and they will issue more news on the DFW in 2013.

The last fashion week in Dubai was in October 2011. The next fashion show was supposed to take place in April 2012, but it was called off because the funding for the event was insufficient. The Australian Fashion Week founder, Simon Lock, who will lead DFW stated that there were talks with the Dubai Government about the funding. He added that these discussions took more time than expected. As a result, they didn’t reach to an agreement in time for the show to take place in April. Lock also said that if Dubai Fashion Week was held last April, everyone would have been disappointed with it. That, in his opinion, would have ruined the reputation of the show and possibly put an end of any future fashion weeks in Dubai.

However, Lock was confident that there would be a sensational event in October.

Despite all the discussions with the Dubai Government and all the promises in the media, the show was cancelled again. DFW first started in 2006 and was planned as a competition of the fashion weeks in Paris, London, Milan and New York. Nevertheless, the moment it was launched DFW had to deal with a number of problems.

People who were to participate in the April show, like modeling agencies, designers and various companies were informed by Lock about the cancellation of the show. Lock reportedly told them that the choice to call off the event was hard to make. He added that Dubai Fashion Week organizers were not ready to offer a world class show. Lock also sent them the dates for the new show saying that it is already in a process of preparation. The founder of the Australian Fashion Week didn’t forget to mention his “fruitful” talks with the government of Dubai which progressed too slowly for a good show to take place at the present moment. Simon Lock finally added that they couldn’t completely fund the event through commercial and designer sponsorship.

In an interview Lock hinted that only he can make Dubai Fashion Week successful. Simon Lock is not only known as the founder of Australia Fashion Week, but also as the person who made the show in Australia popular on an international level. Then he went on working on different projects in Asia.

Because of the two cancelled shows and the unknown future of the DFW, it is not clear if the event will continue to exist.