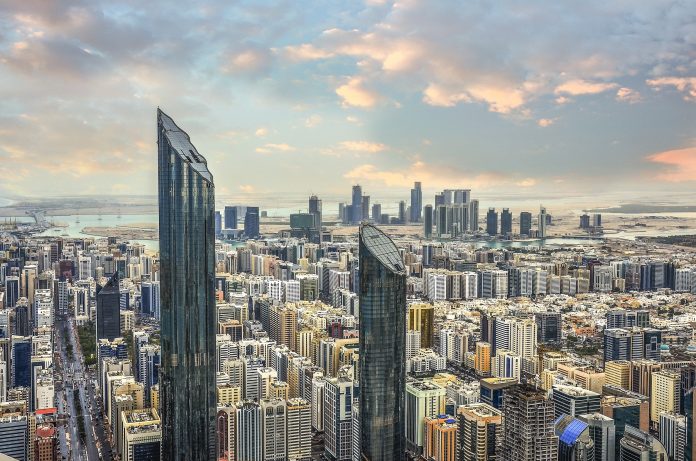 On the back of higher oil prices and a stronger global economic environment, the Middle East returned to growth in 2021, with a number of governments taking the opportunity to implement long-term plans aimed at diversification and modernisation.

Following a year in which economies in the Middle East contracted due to the fallout of Covid-19, the region experienced a positive economic rebound in 2021, with the IMF predicting in October that the region as a whole would expand by 2.7%.

Looking more closely at the GCC, the World Bank estimated in December that the six-member bloc would record an aggregate growth rate of 2.6% for the year. Bahrain is forecast to have grown by 3.5%, followed by Qatar and Oman (3%), the UAE (2.7%), Saudi Arabia (2.4%) and Kuwait (2%).

A key factor in this growth was the rise in oil prices.

After starting 2021 at just over $50 a barrel, the price of oil increased to yearly highs of more than $85 in October. Towards the end of the year prices fell again, however, as the omicron variant dampened fuel demand, before closing out 2021 at around $77 a barrel.

Nevertheless, the earlier increase provided an economic boon to Gulf countries throughout much of the year.

While higher oil prices helped increase revenues across the region, a number of governments sought either to implement or to extend long-term fiscal rationalisation strategies.

In April Oman introduced a 5% value-added tax (VAT), becoming the fourth Gulf country – behind Saudi Arabia, the UAE and Bahrain – to do so, following the GCC’s 2018 pledge to implement the surcharge.

The tax is expected to help ease fiscal pressure by generating OR400m ($1bn) annually, equivalent to around 1.5% of the country’s GDP.

Meanwhile, Bahrain recently announced that it would double its VAT rate to 10% as of 2022; in this it follows Saudi Arabia, which increased its VAT to 15% in 2020.

The decision forms part of Bahrain’s strategy to bring the budget back to surplus by 2024.

“While the Covid-19 pandemic resulted in prolonging fiscal balance targets to beyond 2022, the government’s discipline in curtailing expenditure raises expectations that it will narrow the fiscal deficit gap and achieve a fiscal balance in the coming years,” Yaser Alsharifi, group chief strategy officer of the National Bank of Bahrain, told OBG.

“Furthermore, amid the economic recovery trend in 2021 and a higher oil price environment, one could expect a robust economic performance in 2022, which will further support the government’s fiscal situation.”

A leader in this regard was Saudi Arabia, which continued its diversification efforts through a series of initiatives aimed at attracting foreign direct investment (FDI).

FDI was already up 33% year-on-year in the first six months of 2021, according to government officials, building on the pandemic-affected return of $5.5bn in 2020.

Then in October the country launched its National Investment Strategy, which aims to help the country achieve the ambitious goal of attracting $100bn in FDI annually by 2030.

The strategy includes plans to develop special economic zones, a programme to transfer key supply chains to the country and a diversification of financing options for private sector operations.

These initiatives are being accompanied by efforts to improve the general business environment, such as a new law allowing specialised foreign professionals to gain Saudi citizenship and a new platform easing the process of setting up a business for foreign investors.

Elsewhere, the UAE has also implemented a number of eye-catching reforms to improve its competitiveness globally.

In an effort to encourage foreign investment, in June the country amended laws to allow 100% foreign ownership of Emirati companies in all but a few restricted sectors, up from the previous limit of 49%.

This was followed in November by the largest legal reforms in the country’s history, when a slew of 40 laws covering trade, online security, copyright, residency, narcotics and other social issues was implemented.

They include measures that strengthen personal data rights, copyright for those in creative industries and online security. Meanwhile, a series of social reforms, such as the easing of restrictions on cohabitation before marriage, the implementation of more protections for women and longer-term visas, are designed to attract skilled migrants to the country.

In particular, the emphasis placed on social factors has been a key focus for the country. Last year a broad-based reform package was implemented that included the MENA region’s first provision of paid parental leave in the private sector – available to both female and male employees – while labour legislation was amended to ensure equal pay for work of equal value.

These measures were then topped by the December announcement that government entities in the UAE would shift to a four-and-a-half-day week from January 1, 2022, with many private companies quickly following suit.

The change extended the weekend to run from Friday afternoon through till Sunday – instead of the previous Friday-Saturday schedule. This puts the country in line with most of the world’s developed economies and, according to the government, is designed to “enhance its global competitiveness across economic and business sectors, and to keep pace with global developments”.

These attempts to incentivise investment into the UAE come as Dubai hosts Expo 2020, which opened in October and will run until March 31. More than 190 countries are represented at the event, with more than 7m foreign tourists visiting the country between its launch and late December.

While attracting foreign investment remains a key aim for all countries in the Gulf, some – among them Qatar – have also focused on increasing self-sufficiency in certain areas.

“The blockade made us realise that we were depending too much on others in a number of fields,” Ziyad Eissa, CEO of S’hail Holding Group, told OBG. “Good relationships with neighbours are important, but Qatar needed a plan to operate independently in any scenario, and we quickly built up the necessary capabilities to maintain operations in all sectors, including primary and industrial.”

Recycling is seen as key to lowering the carbon footprint of heavy industry, which accounts for an estimated 27% of global emissions.

“By the end of 2022, we expect Qatar to become the first country in the world to recycle 100% of its domestic solid metal waste locally, including lead, copper, aluminium, steel, brass and zinc,” Eissa said.

Investing in the energy transition

Despite the region being home to some of the world’s largest hydrocarbons-exporting countries, a number of markets in the Middle East have sought to capitalise on the shift towards renewable energy throughout 2021.

Indeed, the UAE has set a net-zero emissions target for 2050, while Saudi Arabia and Bahrain both hope to achieve this goal by 2060.

To reach its target, the UAE aims to increase renewables’ contribution to its energy mix from the current level of 13% to 31% by 2025.

Throughout 2021 the country continued to make progress on the Al Dhafra Solar Plant. Once it is completed later this year, it will become the largest single-site solar plant in the world, capable of providing enough electricity for 160,000 homes and mitigating 2.4m tonnes of carbon emissions annually.

To further help meet its targets, the country has also invested in carbon capture and storage (CSS) technology, which works by capturing and then storing carbon emissions from major industrial projects before they are released into the atmosphere.

Although the technology is still very much in a nascent stage and does not yet exist at scale, the UAE is taking a leading role in its development, alongside Qatar and Saudi Arabia.

In addition to the country’s first CSS project, a facility which processes the emissions from a steel factory in Mussafah, Abu Dhabi, the Abu Dhabi National Oil Company recently signed a memorandum of understanding with French energy major Total to jointly explore the development of CSS technology.

This has been complemented by the development of green hydrogen. Created by splitting water through a process called electrolysis, it is considered the most environmentally friendly fuel for the future.

A global leader in this field, the UAE is developing seven hydrogen projects, and aims to capture 25% of global demand by 2030.

Meanwhile, in Saudi Arabia April saw the launch of the 300-MW Sakaka solar power plant, the country’s first utility-scale renewables project. This was followed in August by the announcement that Saudi energy company ACWA Power had finalised financing for the 1.5-GW Sudair Solar Plant, slated to be one of the world’s largest upon completion.

This forms part of the country’s plans to invest some SR380bn ($101bn) in renewable energy projects by 2030.

The measures reflect a broader trend in the Middle East towards low-carbon energy solutions.

While Qatar itself has not yet announced a net-zero emissions target date, in October state-owned Qatar Petroleum said that it had changed its name to Qatar Energy, as part of an attempt to better reflect the company’s renewables-focused strategy.

Although it will continue to export gas for decades to come, the company’s new strategy will focus on energy-efficient technologies such as CSS.