An increasing wave of companies and CEOs are doubling down on sustainability and equality commitments as they grapple with what role they play in a changing society. Salesforce has long been a believer that business can be one of the biggest agents of change for a better world. Key to this is reorienting the idea of capitalism around stakeholder value instead of just shareholder value — because when businesses serve the interest of broader stakeholders, we all benefit.

Salesforce has unveiled the Salesforce Stakeholder Perceptions Report, an eye-opening survey of more than 20,000 people across 10 countries, to really understand how our stakeholders think business is doing. The report shows us that around the world, people are not satisfied with today’s model of capitalism and believe businesses can play a key role in addressing issue areas like the environment and access to job opportunities.

Here is some background on four of those findings, along with commentary from Salesforce senior leaders.

We’re racing against the clock when it comes to climate change: If we’re not able to slow global warming by 2030, we could be past a point of no return, according to the United Nations. For the most part, people say it’s unchecked capitalism and corporations to blame, especially organizations that contribute to fossil fuel consumption, polluting the oceans, and deforestation.

Leaders from the corporate community and beyond are calling for more accountability, urging businesses to rethink strategies and push the boundaries of innovation to lead to a more positive planetary outcome.

BlackRock CEO Larry Fink recently called on CEOs to consider climate risk in their strategies, threatening to pull his investments if they don’t. At Davos, the World Economic Forum announced its 1t.org initiative to encourage multi-stakeholder action and empower governments, businesses, civil society, and ecopreneurs to tackle larger-than-life challenges, like restoration and reforestation at scale.

Explains Salesforce Vice President of Sustainability Patrick Flynn: “When a house is on fire, heroes come running to do all the good they can. In that moment, the most important thing is to take action. Everyone who can help must help. It’s the same thing with the current situation of our climate emergency. It doesn’t matter how much guilt you feel about creating it. Everyone who has benefited from capitalism has an obligation to be part of the solution. The climate heroes of the history books won’t be those that only took care of their own emissions. It’ll be a term for those who aimed so far beyond that.”

75% of people believe access to job opportunities is not improving

Several factors are likely contributing to this phenomenon, such as concerns about college degrees not keeping up with the job market, and a lack of upskilling opportunities within the workplace. But none is likely as great as the specter of automation: 46% of jobs are vulnerable to it, according to the Organisation for Economic Cooperation and Development. But the good news is the value of human capital is not going away.

The challenge now is for employers to prove to the workforce that in fact job opportunities will flourish in the Fourth Industrial Revolution. Some companies have pivoted on the education issue, declaring outright they no longer require college or even high school degrees. Others are actually hiring employees not just for the open roles to which they’re applying — they’re looking at candidates’ potential to advance. And then there is evidence of companies taking this a step further, establishing on-the-job apprenticeship programs to help their existing workforce learn new skills.

Says Salesforce Chief Innovation Officer Simon Mulcahy: “Yes, automation will likely replace some of the tasks we do today. However, new technologies bring with them new needs, new jobs and improving work conditions. Even greater emphasis will be placed on skills that can’t be automated, like relationship-building, agility, creativity, and empathy. It may turn out this is the most exciting time to enter the job market.”

55% trust businesses to create a better future for younger generations

A majority of respondents are confident in the corporate world on this point, but only barely. Clearly there is work to do. The good news is that youth activists have a louder voice than ever as advocates for more socially responsible leadership. The emergence of Greta Thunberg on climate change, Malala Yousafzai on women’s rights, Parkland shooting survivors David Hogg and Emma Gonzalez on gun control, and many others is creating a critical mass of voices political and business leaders cannot ignore. Their influence might be enough to push the needle and get corporations to step up to the plate.

In tandem with this phenomenon is a simple changing of the guard as Millennials and Generation Z start inheriting leadership positions within the business community. The oldest of the former subset are approaching their 40s — still perhaps 15-20 years from the average age of Fortune 500 c-suite roles, but nearing the typical range of corporate senior leaders.

“Don’t look now, but Millennials are approaching 40 years old,” says Flynn. “They’re in positions of influence and their worldview is rubbing off even on more senior leadership. Within just a few years, we will see corporate cultures reach tipping points around the world and even in the more traditional industries.”

Optimism abounds that it isn’t too late to reinvent the very concept of capitalism. And gradually, the corporate community is responding by shifting its priorities, perhaps spurred on by a new sense of urgency and pressure. For instance, more than 80% of mainstream investors now depend on sustainability and societal impact disclosures to make decisions, according to a study by Deloitte. Another study suggests more than 40% of S&P companies voluntarily address sustainability in their financial filings.

How this is starting to manifest comes in various case studies. For instance, retailer Zara pledged to make all of its clothing from 100% sustainable fabrics by 2025. Starbucks and McDonald’s are experimenting with reusable cups. Meanwhile, Mastercard and Mattel are among the huge conglomerates who are trailblazers in gender equality and LGTBQ awareness.

Says Mulcahy, “This is so encouraging to me, because it’s clear people haven’t lost hope in business as a catalyst for change. The corporate community is responding with a shift in what it perceives to be its responsibilities. Businesses of all sizes are taking a stand on real issues, like sustainability and equality — they’re learning they can focus on profits and being good citizens at the same time.”

At Salesforce, we are committed to serving a broader set of stakeholders — our customers, employees, shareholders, the environment, and the communities in which we live and work. We know that only together we can create a better model that works for all. 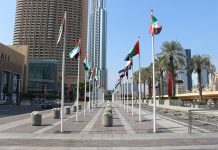 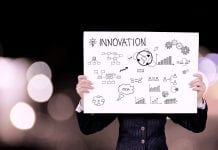 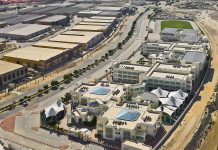 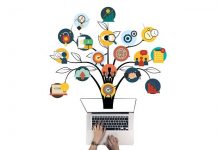 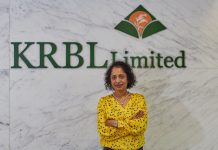 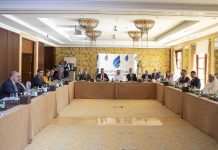