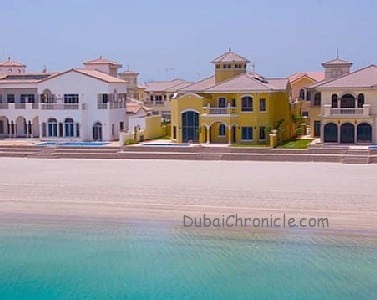 The rumours that say that the United States current president Barack Obama is planning to buy a villa on The Palm Jumeirah in Dubai are not true.

The question that bothered readers and certain publications was: Is President Obama buying a four million dollar home in Dubai, and was a top Admiral fired by Obama for questioning why he was buying the home in Dubai?

The answer is that this deal is not happening yet and no one was fired for that reason. Still,  President Obama may consider buying a villa on The Palm Jumeirah in the future.

This rumor started with a few articles posted around January 10 by some websites. Some of these articles even went so far to say the following:

A stunning new Foreign Intelligence Service (SVR)report circulating in the Kremlin today states that one of the United States Navy’s top commanders was relieved of his command a few hours ago after he sent out an “email/posting” revealing that President Barack Obama was in the process of purchasing a multi-million dollar seaside luxury villa in the United Arab Emirates city(UAE) of Dubai.

This report is curious, but it was published by a website widely known as a fake news source that focuses on conspiracy theories. This website frequently uses outlandish headlines. The purported author of the article on the Dubai home is Sorcha Faal.

In fact, the Obamas are not purchasing the house in question, and Rear Adm. Rick Williams — the officer named in the story — was terminated for other reasons.

The article provides a detailed description of the home that it falsely claims Obama is buying:

As to the “Obama house hunting mission” Admiral Williams was making his query about before being fired, this report continues, SVR intelligence “assests” in the UAE identified it as being a luxury seaside villa located in the Palm Jumeirah development of Dubai being offered for sale at the price of $4.9 million (18 million United Arab Emirates Dirham), and which a deposit on it was made this past week by the Washington D.C. based global public affairs company Podesta Group.

The number of abandoned-leased cars increased

“Rumours abound and this is one of many”

Have you heard that secondary mortgages are temporary suspended?