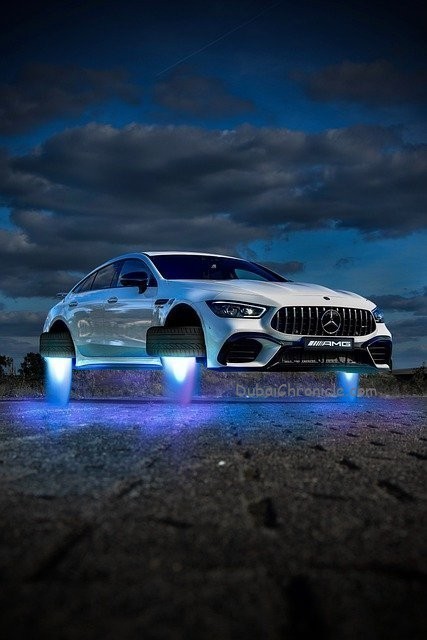 With a real-life flying car completing its first-ever test flight, and various car manufactures discussing the reality of taking to the skies, Pentagon Motor Group has revealed that the cost of actually owning one could top three-quarters of a million dollars.

Estimated to cost approximately 2,719,635 AED, the research analysed the average sales cost of flying cars that are currently in production, in addition to how much it could set drivers back to gain a licence, in addition to insuring, storing and fuelling their gravity-defying motor.

As flying from four wheels will undoubtedly require a brand new (and potentially steep) learning curve, researchers averaged out the costs required to learn and gain a licence to fly a helicopter to reach the 136,177 AED price tag for a flying car licence. Meanwhile, the eye-watering yearly insurance cost of 65,220 AED was based on insurance costs for aircraft of similar weights and size, piloted by someone with no prior flying experience.

The Cost Of Owning A Flying Car: Full Breakdown

Totalling more than it costs to buy a house, lucky owners of the first mass-market flying cars will also need to park and fuel their new prized possessions. With this in mind, the researchers also calculated the average cost of building a structure similar to a helipad, in addition to fuel consumption, which came in at a comparatively cheap 3,198.86 AED per year.

Shakeel Hussain, Head of Marketing at Pentagon Motor Group commented: “We’re always looking at ways we can help our customers to get the best deal on a car, and as we hear more about the future of personal transport, in this case discussing the potential reality of flying cars, we wanted to find out how much one could actually cost.

It’s safe to say it seems that a worldwide flying car revolution might be a long way off yet. In the meantime, we look forward to helping more people to travel safely on the ground, and spend a lot less in the process!”.