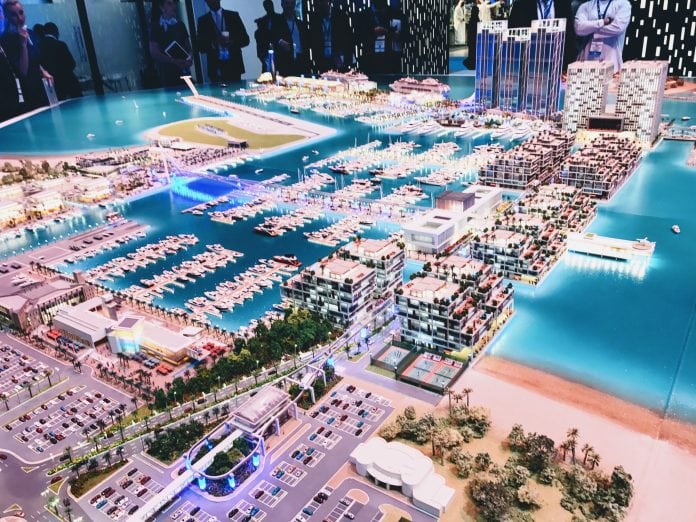 Meraas has announced that Dubai Harbour will have a second cruise terminal in addition to the one already revealed in January 2017. Dubai Harbour will be the first cruise destination to build two terminals simultaneously which when completed will accommodate 1,200,000 passengers annually. 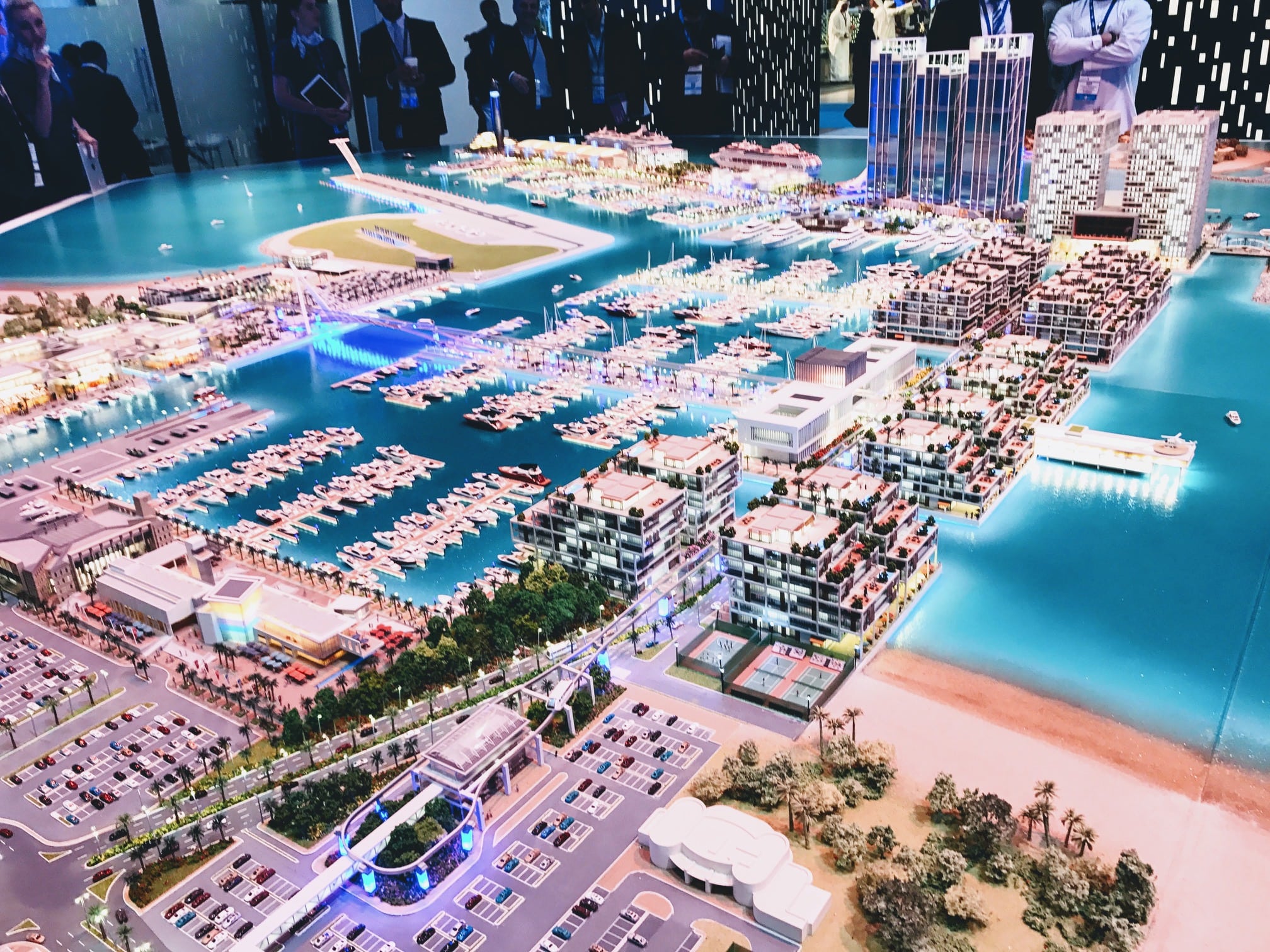 The announcement was made during Cityscape Global 2017, where visitors have been able to see the upcoming destination for the first time through a model at the Meraas stand located at S2F10 in Saeed Hall 2. The addition of a second terminal is intended to build on Dubai’s reputation as a leading tourism destination, while capitalising on strong growth in the cruise industry globally. Industry data suggest that over 40 million people will travel by cruise annually by 2030, up 40 percent from 24 million in 2017.

His Excellency Abdulla Al Habbai, Group Chairman at Meraas, said: “Dubai Harbour connects some of Dubai’s most vibrant neighborhoods and reflects a culture of innovation envisioned by His Highness Sheikh Mohammed bin Rashid Al Maktoum, Vice President and Prime Minister of the UAE and Ruler of Dubai, for the emirate. The project also reaffirms our commitment to expanding on Dubai’s rich maritime heritage and tourism profile, while supporting the continued diversification of the national economy.

By creating a world-class destination that appeals to people around the globe, Dubai Harbour represents an opportunity to achieve economies of scale and drive growth in the maritime tourism sector. It will also help maintain Dubai’s status among the world’s top tourism destinations for generations to come.” 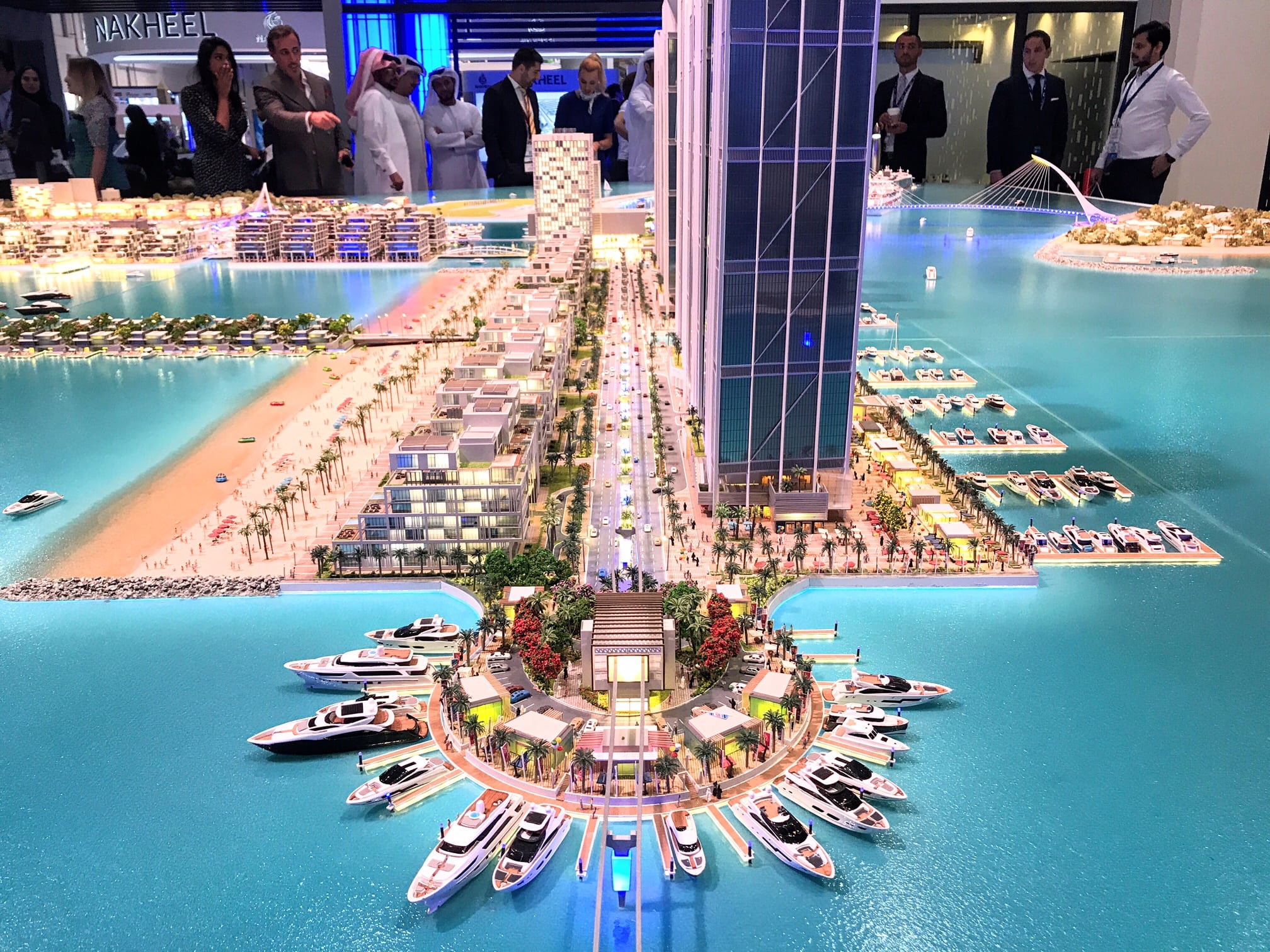 Each terminal will be approximately 14,000 square meters in size with one single apron of 900-metres. While other ports have multiple terminals, none has so far built more than one at any given time. Meanwhile, in addition to serving the cruise ship industry, Dubai Harbour will feature the largest marina in the MENA region. Once complete, the marina will have 1,100-berths capable of accommodating some of the world’s biggest private yachts. 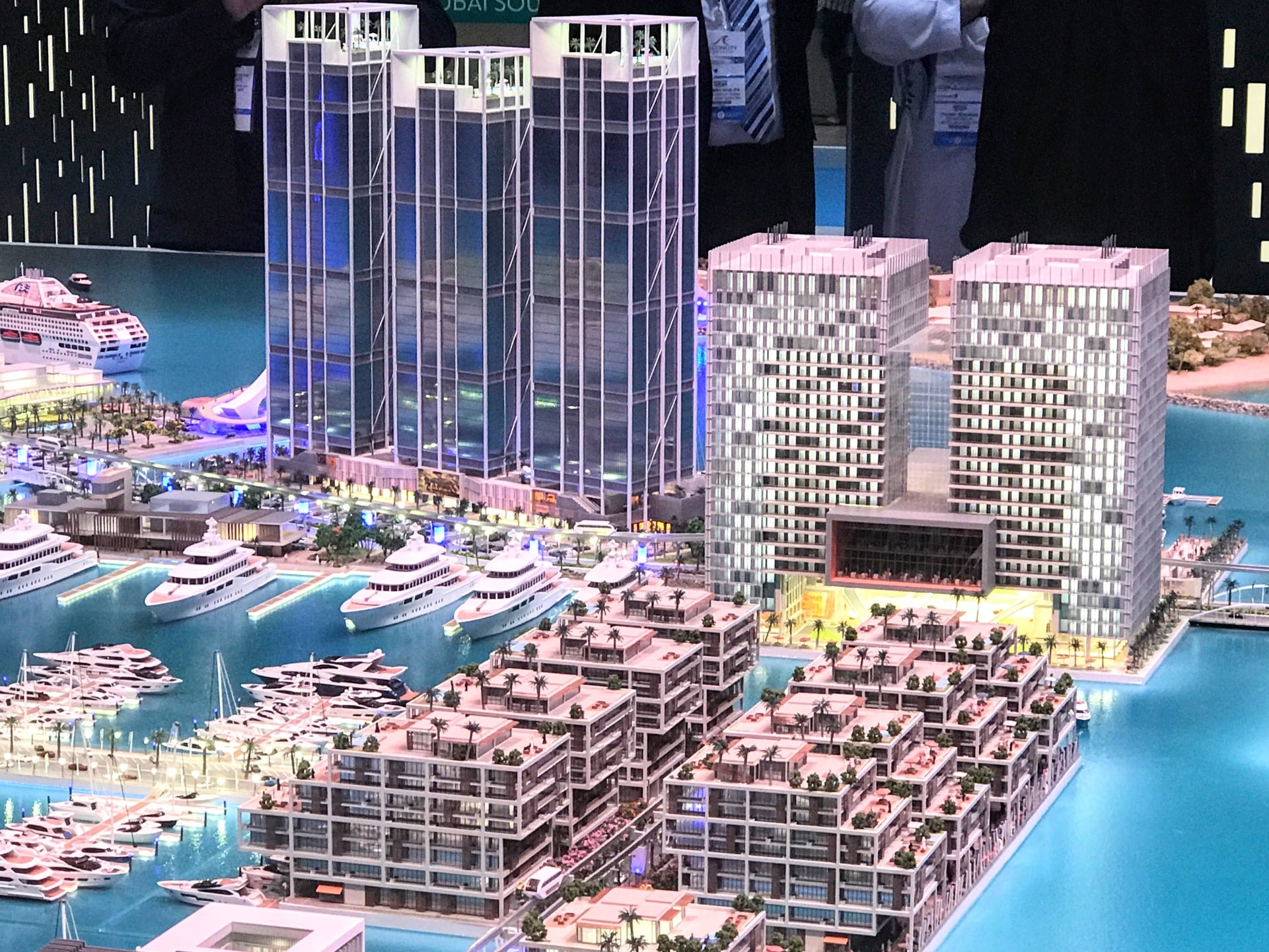 Dubai Harbour was officially unveiled by His Highness Sheikh Mohammed bin Rashid Al Maktoum, Vice President and Prime Minister of the UAE and Ruler of Dubai in January 2017, and will be developed by Meraas. The masterplan for the unique waterfront destination extends over 20 million square feet and includes an 875,000 square-foot shopping mall, an events arena, luxury residences, restaurants, cafes, hotels and a yacht club. It will also feature the Dubai Lighthouse, an architectural marvel stretching 135 meters into the sky with an observation deck offering stunning panoramic views.

Dubai Harbour will also integrate Skydive Dubai, Dubai International Marine Club (DIMC) and Logo Island into a single integrated community. Ground has been broken and 130,000 square metres of land has been reclaimed. The contractor for the cruise terminal will be appointed once the land for the terminal is ready, with Dubai Habour being constructed in phases. 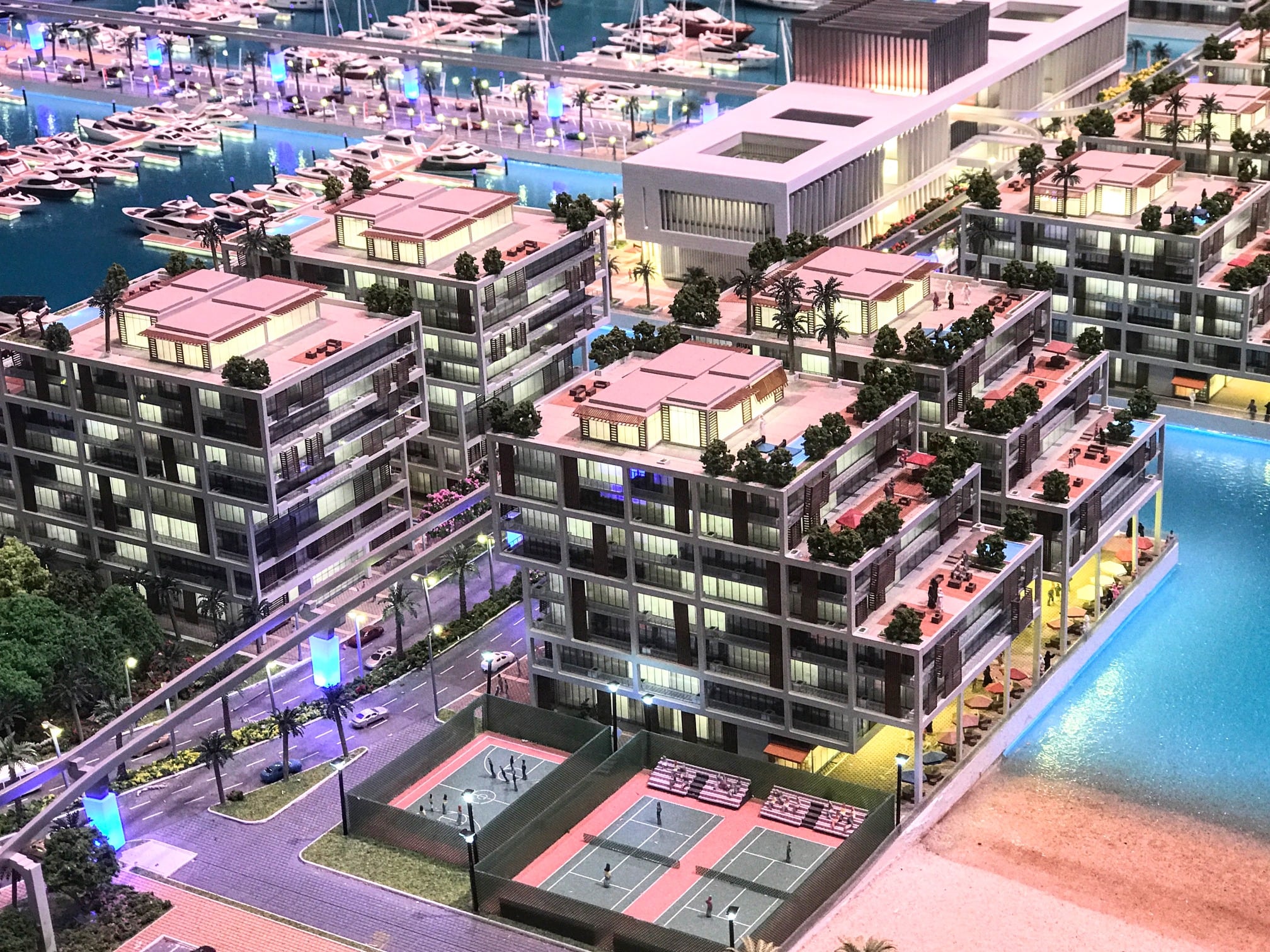 The new development will offer unparalleled views of Dubai’s skyline, the clear waters of the Arabian Gulf and ‘Ain Dubai’, the world’s tallest and largest observation wheel.

The project will create synergies with some of Dubai’s other iconic projects located in the area, including Palm Jumeirah and Meraas’ modern, family-oriented island neighborhood at Bluewaters. 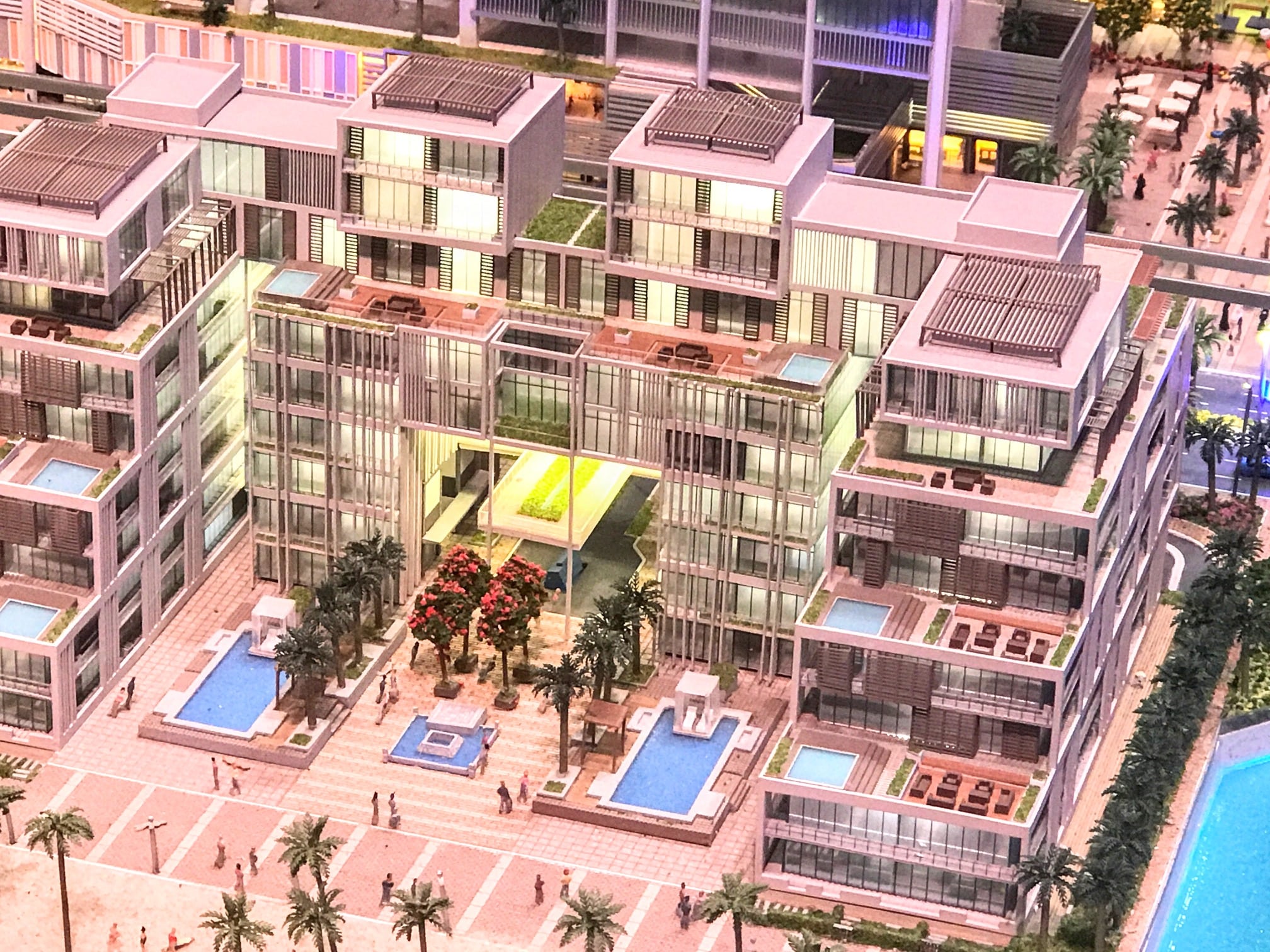