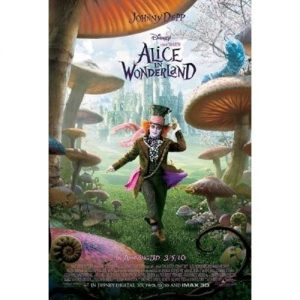 The premiere of Tim Burtonâ€™s Alice in Wonderland

made its debut in Dubai yesterday. The Reel Cinemas at the Dubai Mall put on two special screenings before it opens to the public today.

The film is in 3D and absolutely spectacular – from the elaborate makeup to the couture inspired dresses – that create theÂ  magic of Wonderland.

The story of Alice In Wonderland is one that has been enthralling children and adultsÂ  since its publication in 1865. Many would have read about her adventures and number of editions are still bestsellers.

Most people, however, are familiar with the 1951 Disney animated feature. Now,Â  Tim Burton has taken the helm to bring a new Alice to an entirely new generation of audience.

Set a few years on from the original story, Alice is now 19-years old and is an outsider in the stuffy Victorian society she has been bought up in. She is a dreamer and constantly thinks about a world which is full of talking animals and where anything is possible.

With an impending proposal from aÂ  lord on the horizon, Alice does what every normal girl would – run after a white rabbit in a blue coat and fall down a magical rabbit hole.

A sequel of sorts to the original book, and taking on elements ofÂ  Alice Through the Looking Glass

and the original source material, Tim Burton’s Alice in Wonderland

is a magical, spectacular, grand vision of the world of Wonderland brought to vibrant life with the use of CGI and 3D.Â  The landscape looks like it could have come out of The Nightmare Before Christmas

, and his use of colour is both visually engaging and engrossing.

Newcomer Mia Wasikowska fills the role of Alice with ease andÂ  manages to play the role with enough innocence to be believable and enough strength to be able to pull off the obstacles put in her way.

All the attention falls, of coarse,Â  on Johnny Depp as The Mad Hatter andÂ  Helena Bonham Carter as The Red Queen. Depp takes the Hatter and makes him more human, his madness coming in waves and taking things a bit darker than previous incarnations. He skips from happy go lucky and delivers another slightly different role to his hardly-unimpressive filmography. Bonham Carter plays the role as a spoilt brat, wanting everything to go her way, otherwise off with your head. Her sidekick The Knave of Hearts (Crispin Glover) stole the show.

Anne Hathaway brings a saintly glow to her White Queen, angelic with a hint of something a bit more sinister (after all, she does come from the same gene pool as The Red Queen) but fawns around the set suitably well. Supporting roles are filled with a veritable who’s who of British vocal talent with Stephen Fry as The Cheshire Cat, Alan Rickman as The Caterpillar, Michael Sheen as The White Rabbit, Christopher Lee as The Jabberwocky and good old Barbara Windsor as The Dormouse.

Tim Burton’s Alice in Wonderland is a fun, endearing and magical movie, one well worth seeking out. It’s not perfect, certainly, but Burton’s trip to Wonderland is very interesting.