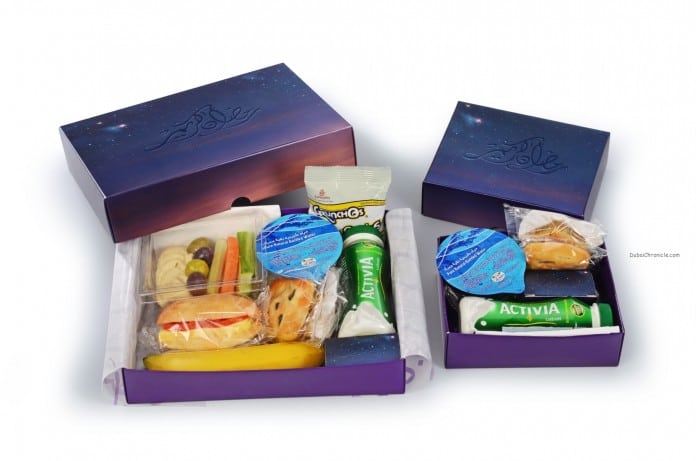 In this instance, the call center of the ‘10 million meals’ campaign, organised by Mohammed bin Rashid Al Maktoum Global Initiatives (MBRGI), has received non-stop calls on the eve of Ramadan. The call center agents continuously reply to inquiries about how to contribute with in-kind donations, confirming that all donations are welcome regardless of amount.

Once the campaign was launched, under the directives of His Highness Sheikh Mohammed bin Rashid Al Maktoum, Vice-President and Prime Minister of UAE and Ruler of Dubai, by his wife Her Highness Sheikha Hind bint Maktoum bin Juma Al Maktoum, Chairperson of the Board of Trustees of UAE Food Bank, cash and in-kind donations poured in from businesses, companies, governmental and private institutions and individuals, in conjunction with the holy month of Ramadan.

The participants aim to support ’10 million meals’ campaign with donations via SMS, the campaign website or bank account, or by providing in-kind donations through the call center.

Following a few days of the launch of the campaign, the call center received calls from owners and managers of 50 restaurants and catering companies, adding 400,000 additional meals to the campaign, with an average of 13,360 meals a day. Their goal is to participate in UAE’s largest community initiative to provide meals or food parcels to support people and families during Ramadan, and help those with low incomes and others affected by the impacts of the current COVID-19 outbreak, which has affected the living conditions of hundreds of millions of people around the world.

The caller, Mohammed Al Fahimi, told the call center agents of the ’10 million meals’ campaign that the “Maria Bonita” in Dubai wishes to support the humanitarian endeavors of the campaign by providing 2000 meals during the month of Ramadan, expressing gratitude to the UAE and appreciation for all those who work on the campaign.

Yash Bhargava from Basil and Spice, a catering company based in Jebel Ali, thanked the call center staff for their efforts and asked to contribute 500 meals. Upon follow-up with him in a later call, he expressed his willingness to raise the contribution to 1000 meals, saying that was the least to be done to give back to the UAE community.

What could be better?

For his part, Mohammad Bin Hashem expressed the keenness of Bait Al Sahel Restaurant in Al Ain to contribute to the campaign with 150 meals per day, while the caller Khaled bin Thabit from Adhari Restaurant in Dubai said that they were ready to contribute 1500 meals, all expressing the notion that nothing could be better than feeding the hungry in the holy month and contributing to an integrated humanitarian campaign that is the largest of its kind in the country to provide support to those in need.

As the largest campaign of its kind nationwide to support those with low incomes and the ones affected by the exceptional economic and social conditions, reveals noble values and reaffirms the solidarity, cooperation and mutual support within the UAE society, SME’s from different sectors, including catering and restaurants continue contributing to the campaign; another proof of common universal values that put people first at all times.