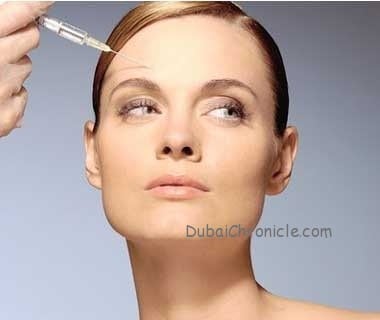 Over the last few years, the number of patients in the MENA region seeking treatments for various kinds of physical injuries or enhancements has been on the rise with more of them also increasingly opting for body-sculpting procedures to improve their appearance.

This surge in aesthetic treatment has further accelerated the growth of medico-aesthetics market to unprecedented levels.

Disposable income of people in Saudi Arabia, Qatar, Kuwait, Bahrain, Egypt, Tunisia, South Africa, and other countries in Middle East & Africa has been increasing due to economic development. This has boosted their purchasing power. Moreover, factor such as improving health care infrastructure and rising health care expenditure are driving the medical aesthetic devices market in the region.

According to the Arab German Health Forum, in Arab countries, the health care services industry has been expanding at a CAGR of 18.8% since 2004 and it reached around US$ 23.1bn in 2009. This high growth would significantly boost the market for medical aesthetic devices. The booming medical tourism industry in the Arab countries would ensure future sustainability of the medical aesthetic devices market, due to constant influx of treatment seekers from across the world.

Taking Saudi Arabia into play, studies show that the medical tourism in Saudi Arabia is a fast-developing concept.  It has been recognized as an industry in more than fifty countries of the world. The most important motivating factor for the medical tourist to get his/ her treatment done in the Kingdom of Saudi Arabia is the essence of existence two the Holy Cities- the Spirituality. It is the factor that would most likely make them choose Saudi Arabia as their choice of destination for availing medical and mental relaxation services.

Egypt on the other hand, is embarking on a mega project to establish the biggest medical tourism city in the Middle East and Africa region with more than $1.5bn investments. A medical city will be established and 90% of the project investments are Egyptian which will provide the latest medical services and state-of-the-art medical equipment and devices.

Manufacturers investing in these rapidly developing markets are likely to witness high growth in the next few years, if pricing, promotion, and distribution activities are undertaken effectively while ensuring continuous technological upgrades.

“The major tendency driving the medical aesthetic device market is the usage of minimally invasive and non-invasive procedures and treatment procedures. UAE’s Aesthetic medical device market, for example, is currently estimated to be valued as $77.41 million in and is expected to grow to around 11.74%. Middle East & African market is a growing segment and it is the market to look out for in the future” says Elias Chabtini CEO of Medica group.

The elderly population is one of the major growth drivers for the medical aesthetic devices market. According to the United Nations, the rate of population ageing in the 21st century is likely to exceed that of the previous century. Between 2015 and 2030, the number of people in the world aged 60 years or above is projected to rise from 901 million to 1.4 billion, an increase by 56%. By 2050, the global elderly population is estimated to more than double its size in 2015, reaching nearly 2.1 billion. This growth of geriatric population continues to lead to a shift toward developing new treatments to reverse the aging process.

Additionally, there is an increasing demand for minimally invasive as well as non-invasive equipment; and according to the International Society of Aesthetic Plastic Surgery (ISAPS), around 12.1million non-surgical cosmetic procedures were performed in 2015 worldwide. The Increasing demand for non-invasive treatments would propel the market of medical aesthetic devices during the forecast period.

Rising demand for aesthetic treatments among men; has also witnessed an 18% increase from 2014 to 2015 in the number of men visiting hospitals for non-surgical aesthetic procedures such as Botox, platelet rich plasma procedures (PRP), and laser treatments. In addition, AACSH observed year-on-year growth of 14%, 21%, and 14% in the number in enquiries for ‘bodybuilding sculpture’ liposuction procedure, gynecomastia, and minimally invasive double chin removal respectively.