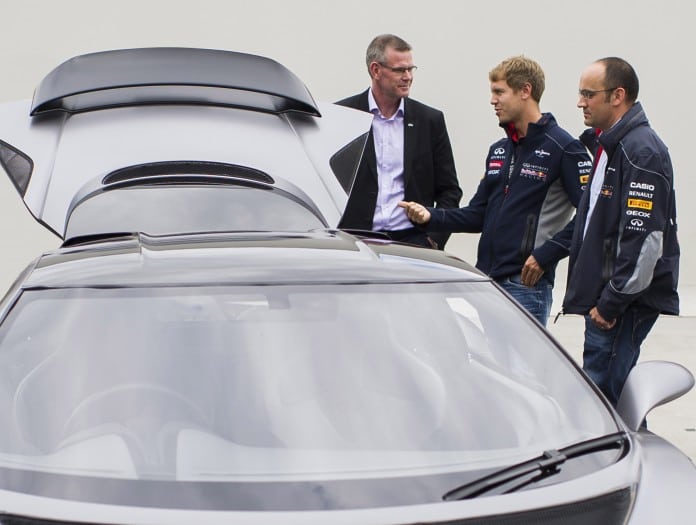 The first season of Grand Prix racing saw the establishment of the basic principle of evolution which hasn’t changed to this day – faster and safer cars, new circuits and new champions. Everything about Formula 1 was designed for one reason alone: to win!

In the beginning of the world championship in 1950 there were a total of 76 registered drivers to compete in seven races and the first winner was the Italian Nino Farina for Alfa Romeo. The sport was simpler – the cars were not limited by weight and were able to use naturally aspirated and turbo-charged engines fixed at the front of the car. Soon, everything began to change.

64 years after “man of steel” Farina, we have 19 races and only 22 drivers who are racing with speed reaching 215 mph. We can call both championships Formula 1, but the truth is the sport has changed dramatically – the cars have changed, the regulations have changed. The length of the race and the circuits are not the same either.

By 1955 engines already started to move towards the rear of the car and in 1968 aerodynamic wings grew on the vehicles, making the year unforgettable. In 1981 the carbon chassis was invented and used instead of the conventional aluminum by McLaren and Lotus. These were only a small fraction of what Formula 1 achieved in relation to technological advance. In fact, Formula 1 has driven new technologies and has proved they are possible – for example aerodynamics, electronics, materials, paddle gears and many more. The championship continues to evolve into the next season with planned changes – 2014 will see smaller turbo engines in combination with kinetic energy recovery systems. This will push technologies further towards modern hybrid cars.

Not only Formula 1 technology has shifted – every other aspect has experienced dramatic changes. According to F1 commentator and racer, Ben Edwards, drivers and the racing styles have changed for a decade or two. Drivers are now stronger, more enduring and as a whole, we can see their evolution, too. The costs have also changed – while in the early days rich men could easily buy a F1 car or at least a seat and could compete as privateers, now the things are quite different. In 1978 only drivers who had an F1 Superlicence were allowed to race, and in 1981 Formula 1 banned private entries altogether.

Commercial sponsorship was officially allowed in 1968 and now the teams rely on its revenues for about 80% of their overall income. Currently, top teams spend $375 million per year or an estimated $1 million daily. In comparison, smaller teams spend $75 million a year, $2 million per week.

The truth is that the rich are becoming richer, and the poor are becoming even poorer. Formula 1 continues with its evolution even in tough economic times, because after all, people and the race can change, but business will be always business.