Under the theme of ‘The World Gathers Here for Goodness,’ The Dubai Mall has joined hands with the philanthropic organisation Dubai Cares to mark the Holy Month of Ramadan, in addition to showcasing an impressive display of Arabic art pieces that underlines the region’s rich cultural heritage.

Visitors have the rare opportunity to view some of the amazing art pieces that date back several centuries, as well as the World’s Biggest Book highlighting the biography of Prophet Muhammad (Peace Be Upon Him), as well as art work by renown Emirati artist Mattar Bin Lahej.

Nasser Rafi, Chief Executive Officer, Emaar Malls Group, said: “The Dubai Mall and Dubai Cares are offering a unique way to make meaningful contributions that support the underprivileged. We are also showcasing elegant Arabic art pieces to honour our region’s culture, which provide visitors with vivid insights into the region and our heritage.”

Highlighting the values of charity and generosity that are associated with the Holy Month, Dubai Cares, which works to improve children’s access to quality primary education in developing countries, in partnership with The Dubai Mall will enable visitors to contribute to the cause, with a donation on top of their spending at various retail outlets. Donation boxes are also placed in various locations in the mall.

Additionally, Dubai Cares will showcase an interactive exhibition at the mall’s Star Atrium featuring images of an underprivileged person and how the participation of the public by supporting the cause will go towards improving the person’s life.

Painter, sculptor, and photographer, Mattar Bin Lahej, has exhibited his works in Abu Dhabi, Germany, Morocco, Kuwait, Turkey, and the United States of America, among others. Placing an immense emphasis on movement, his works primarily capture fast movements, particularly that of horses. He founded Marsam Mattar, a locally-driven gallery, in 2003 established to promote artistic talent.

One of his masterpieces is the collection of nine unique sculptures in the shape of the moon, the ‘Moon Reflection,’ that will be on display at the mall’s Waterfall Atrium, where each sculpture will represent a different phase of the moon and will be dedicated to a specific verse from the Holy Quran.

In other key exhibitions, ‘The Mahmal,’ at the mall’s Souk Atrium, will present a rare art piece handcrafted and embroidered with elegant silver and gold thread calligraphy originally commissioned by 99th Caliph of Islam and 34th Sultan of the Ottoman Empire, Sultan Abdulhamid II (reign 1876 AD to 1909 AD).

‘SITARA’ a breathtaking art piece from one of the most sacred of Islamic artefacts and commissioned by the Ottoman Sultan Selim III dated (1789-1807 AD), will be showcased at the mall’s Bloomingdale’s Atrium. The art piece is particularity important as it could possibly be the last surviving Sitara of the imperial, colourful, and rich design of the Selim III period.

The Souk Dome will showcase the Biggest Book in the World. The book has successfully entered the Guinness Worlds Records as the first in the Arabic language. Featuring ‘the biography of the Prophet Muhammad (Peace Be Upon Him)’ the book has received incomparable praise across the Islamic world and globally.

The Islamic Affairs & Charitable Activities Department has also set up a stand to provide insights into the traditions and the religious significance of the Holy Month of Ramadan, on the second floor of the mall.

As part of the Ramadan activities the mall is continuing the tradition of providing visitors with daily Iftar packs with mineral water, dates, and a Ramadan calendar, distributed complimentary at all Guest Service Desks.

During Ramadan, The Dubai Mall has extended operating hours to be open daily from 10am to 1am, while the food and beverage outlets are open from Iftar until 2am and restaurants on the Waterfront Promenade to be open until 3am. 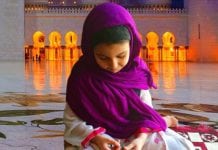 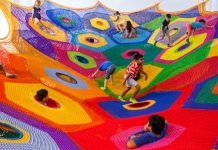 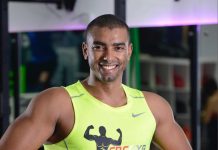 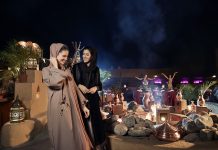 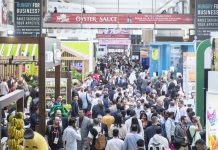