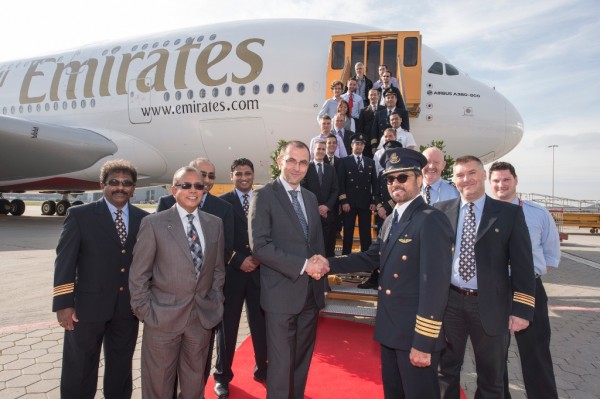 Emirates, in a perfect example of its position as one of the world’s fastest growing airlines, took delivery of its 24th and 25th Airbus A380 and its 78th Boeing 777-300 yesterday. The aircraft will be immediately engaged into service across Emirates network of 126 destinations in 74 countries; supporting Emirates planned expansion of its network and flights. The delivery of three wide-body aircraft in one day, a record for Emirates, required careful review and advance preparation within all operational units to ensure the availability of the required flight crew, cabin crew, engineers, airport staff in time to ensure a smooth entry into service.

“With its large capacity and excellent operating economics, the A380 is one of the pillars of Emirates‘ future growth. Our A380s are specifically deployed on high density routes where extra capacity is needed and have been well-received by passengers,” said Adel al Redha, Emirates Executive Vice-President of Engineering and Operations.
“Similarly, as the world’s largest 777 operator and the only airline in the world to operate every model in the
Boeing 777 family, including the 777 Freighter, our Boeings provides reliability, performance and the operating economics Emirates requires to support our ambitious and strategic growth plans. Both the aircraft types exemplify our commitment to operating a modern fleet for the benefit of our passengers.” 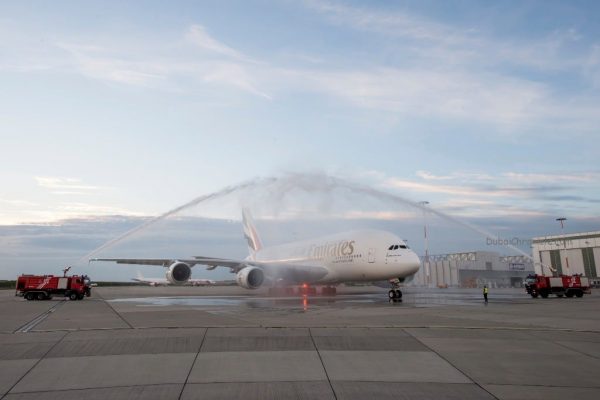 The jubilee Emirates A380 aircraft was handed over to the Emirates aircraft acceptance team by Michael Pflaum, Airbus Head of A380 delivery in Hamburg, during a delivery ceremony at the planemaker’s Jürgen Thomas A380 Delivery Centre. With 25 A380 aircraft now in its fleet, growing to 31 by the end of 2012, Emirates is the largest A380 operator worldwide and with 90 jets on firm order by far the largest A380 customer. The Dubai-based carrier was the first airline to order the A380 and thus enabled Airbus to proceed with the programme. The further 65 A380s on Emirates’ order book is part of Emirates’ overall 216 aircraft still to be delivered; worth US62 billion.

“The delivery of our 25th A380 is an exciting moment for all of us at Emirates. We were the first airline to place a firm order and played a key role in the design and the performance qualities of the aircraft. With now 25 jets in our fleet, we are most experienced A380 customer,” said Captain Abbas Shaban, Emirates’ Chief Pilot for the A380s. “The Emirates A380 truly is an unrivalled flying experience and the double-decker is extremely popular with our passengers. We have redefined air travel with amazing features such as an on-board lounge and shower spa making our flagship probably the most talked about aircraft in the world today.”

“We are extremely proud to be handing over to Emirates their 25th A380,” said John Leahy, Airbus Chief Operating Officer, Customers. “With its growing fleet of A380s, Emirates has raised the bar for the industry in terms of passenger comfort and economic efficiency. Operating at some of the world’s busiest airports, Emirates A380s are proving day in, day out not just how good the aircraft is at reducing congestion but also how quiet and environmentally friendly it is.” 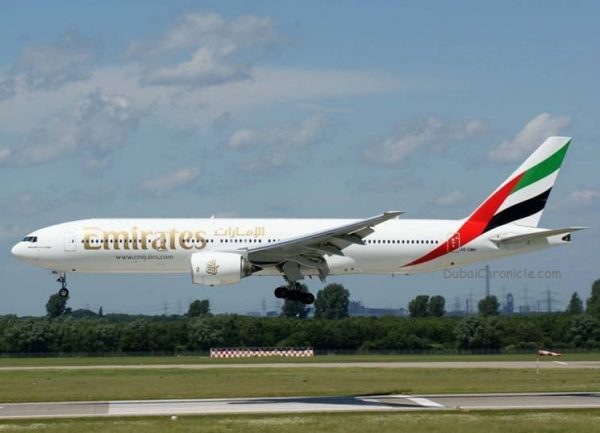