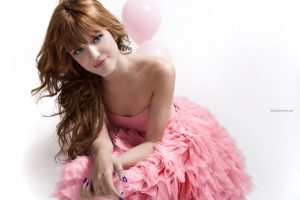 Bella Thorne and Zendaya Coleman, stars of Disney’s award winning hit TV show ‘Shake It Up’, will launch their signature celebrity milkshakes at the world-famous Millions of Milkshakes bar in The Dubai Mall on Friday March 30th.

Following the success of Kim Kardashian and Kris Jenner’s visit to the Emirate in October 2011 to officially launch the first Millions of Milkshakes franchise outside of the United States, the Disney teen duo have been invited to the UAE by Emirates Hospitality, the UAE master franchise holder for Millions of Milkshakes. This will be the girls’ first ever trip to the Middle East.

Bella Thorne, aka CeCe Jones in Shake it Up, and Zendaya Coleman, who plays Rocky Blue, will head to Millions of Milkshakes in The Dubai Mall to create their signature shakes and meet and greet a select number of lucky fans. During their four-day stay later this month, Bella and Zendaya will experience all the delights that Dubai and the UAE has to offer thanks to Emirates Hospitality.

Mr Aldaba Saif Al Darmaki, Chairman and Founder of Emirates Hospitality, is delighted to welcome the US teen stars to the region for the first time. “We are looking forward to giving Bella and Zendaya their first introduction to the UAE and the dynamic cities of Dubai and Abu Dhabi. We have been delighted with the success of the Millions of Milkshakes store since our opening four months ago and we want to continue to build the reputation of the brand throughout the region.”

“The characters the girls play in Shake It Up, Cece Jones and Rocky Blue, are lucky enough to be backing dancers on their favourite TV dance show and they are living a dream that so many teenagers aspire to. Bella and Zendaya are adored by teens around the world, both on and off screen. Because of their sense of style and their dancing talent, I loved the idea brought to me by Mr Al Darmaki to bring them to our latest Millions of Milkshakes store in Dubai because I know the teens and tweens in the UAE will just love them!” said Sheeraz Hasan, founder of the Millions of Milkshakes brand. 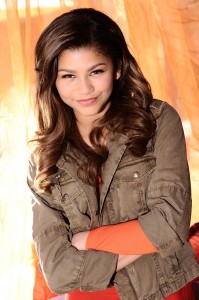 Wristbands for strictly limited meet and greet photo opportunity and autographs with the girls are on sale at Millions of Milkshakes The Dubai Mall and Virgin Megastore The Dubai Mall or by calling the MOMs UAE hotline numbers. Wristbands are priced at AED 400 per guest, with VIP wristbands priced at AED600 per guest, which include an exclusive VIP dinner with the Shake It Up girls at Alhan Restaurant in Abu Dhabi on Thursday March 29th and a Millions of Milkshakes & Shake It Up T-Shirt.

Bella and Zendaya join a long list of Hollywood actors, musicians, and athletes who have tried or created shakes at Millions of Milkshakes outlets including Kim Kardashian, Kris Jenner, Miley Cyrus, Pamela Anderson, Shaquille O’Neal, La Toya Jackson, Lindsay Lohan, David Beckham, Leonardo DiCaprio, Reese Witherspoon, Mallika Sherawat, Adam Sandler, and the Jonas Brothers. The Millions of Milkshakes outlets have become a hot-spot for celebrities with a love for milkshakes, as they can create their own signature shakes which are then featured on the menu.

Shake it Up at Millions of Milkshakes UAE Hotline Numbers