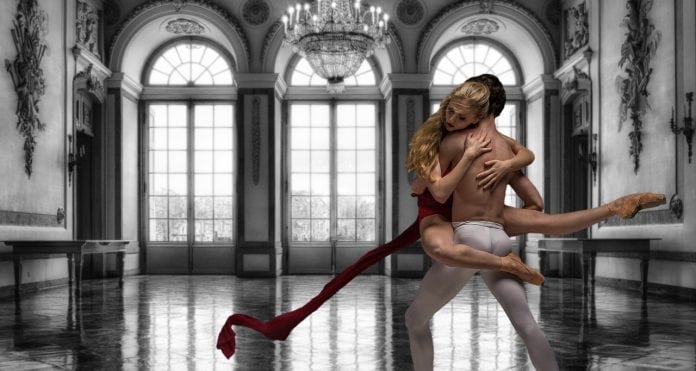 Men appear to be more drawn to women who slightly curve their backs, revealing what could be an evolutionary tactic used by females to imply they are willing to mate, a new study from Portugal finds.

Using 3D models and eye-tracking technology, researchers found that slight changes in posture can affect the perception of a woman’s attractiveness. For example, when a woman shifts her hips backward, it creates a curve in the lower back that captivates an observer’s gaze, according to the study.

Increased curvature increases the perception of attractiveness. This may explain the lure, for some, of “twerking” and wearing high-heeled shoes.

In the study, researchers created six computer-generated 3D models of a woman’s upper body. Each model featured a slightly different posture and was photographed from the front, side and back. The images were then presented to a group of 82 heterosexual male and female undergraduate students, who rated the attractiveness of each model.

The models’ backs were arched at slightly different angles, with their backsides extended outwards. As the participants analyzed the photos, eye-tracking technology was used to monitor their eye movement.

The more arched a model’s back, the more attractive, on average, the participants rated the models.

In addition, both men and women spent a longer amount of time looking at images of the 3D models whose backs were more arched, which suggests that perceptions of attractiveness are largely influenced by this type of posture, the researchers said.

The eye-tracking data also showed that both men and women looked at the rear view of the models much longer than the side or front perspectives. And while women trained their eyes on the models’ waist, men tended to focus on the models’ hips, according to the study.

The perception of attractiveness and visual attention to the hip region suggests that ‘lordosis,’ or the arching of the back, might signal human females’ ‘proceptivity,’ or willingness to be courted.

Previous studies have found, for example, that the lordosis posture— when the lower back curves in toward the belly — is a sign that animals such as rats, guinea pigs, sheep, cats, ferrets and primates are ready to mate. Therefore, the researchers suggest that a similar signal could have evolved as part of the courting behavior of humans.

The findings were published in the journal Evolutionary Psychological Science.