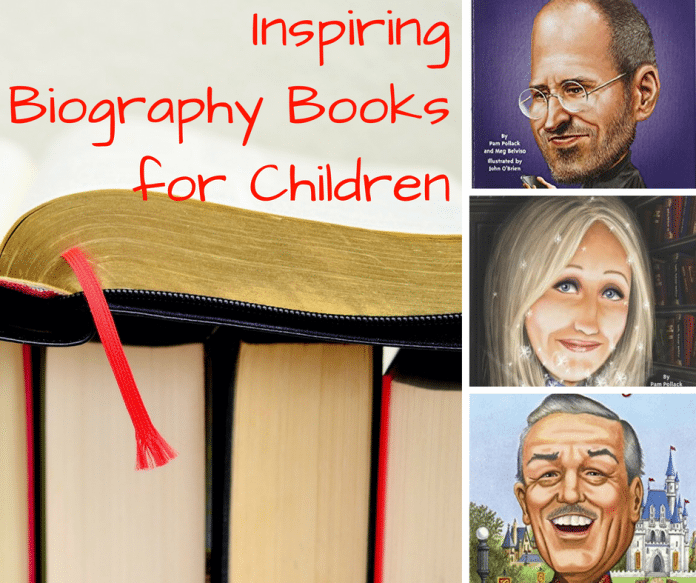 If you are thinking about Christmas gifts for little ones, you must consider a few inspiring biography books for children. It is true that gaming consoles and mobile apps are in a high demand nowadays, but nothing can replace the reading of an old fashioned printed book. Moreover, when this book is very much related to children’s favorite characters and shows, it might inspire life changing attitudes.

If you want your children to admire people who have changed world, you should encourage them to read about them. Reading inspiring biography books for children may have the same effect as having private conversations with the world’s greatest minds.

Here we present three biography books about people who have changed the world in an unique way and earned the appreciation of generations. 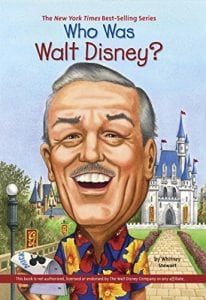 Everyone loves Disneyland. The land of joy and happiness. The land where time doesn’t matter. But what do you know about its creator? How do you imagine him? No, his name isn’t Mickey Mouse, he is Walt Disney and in Whitney Stewart´s book ´Walt Disney´ you may meet him, discover his personality and accompany him through his life.

Can you imagine that Walt Disney didn’t live a rich and luxurious life ? He was born on 05. 12. 1901. His family was poor and his home was far away from posh, but never mind, Walt loved it.  When he was four he and his family moved to Marceline, Missouri where Walt spent the time of his life. He was growing as a happy and really funny boy. He loved to be the class-funnyman and sometimes it got him into not so pleasant situation. He was liked by his classmates and he didn’t care what teachers used to say.

This biography book, full of black and white pictures reveals a life of  a man you used to relate only to an amusement park, but his story is beyond Disneyland. 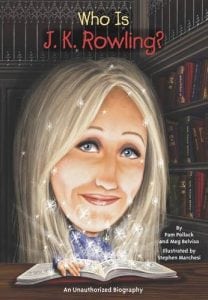 Talking about people who gave to the world more than they aimed for, everyone is fascinated about the story of Harry Potter, the young magician boy who always outweighs the evil. But the creator of Harry Potter’s saga, J.K. Rowling, is equally important. Who is she? How did she invent Harry´ s story? What was she thinking about when a wizard appeared in her mind? The truth is that she was in a train-delay travelling to London. That was the journey of her life.

So, when it comes to J.K. Rowling in reality she was somewhat an insecure girl. This is the last that can come to our mind, no?

In her school life she was a great student and like everyone else she had her favorite author- who was she, or maybe he, and who is Harry inspired from, you will find out in  Pam Pollack ´s book – ´Who is J.K. Rowling´.

The modern day world is shaped by great influencers in various ways, by books, by amusement parks and mostly by technology. All of us use smartphones, tablets, laptops, and we cannot imagine life without them. And for many children Apple has even become a household name. 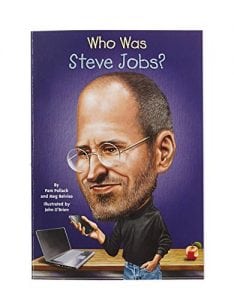 Thanks to Steve Jobs today we may admire communication through our favorite ´Apple´ phone. Pam Pollack´s book ´Who was Steve Jobs´ engages the reader into Steve´s life before Apple. I suppose, no one knows that he was an adopted child in a family who lived in San Francisco.

Steve was really obsessed by technology. And his vision encouraged him to create the empire that Apple has become today.

These and much more about ´Apple´s dad´ you may find in the inspiring biography book about Steve Jobs.

And later, who knows, somebody may inspire you to create your own empire beyond Apple, Harry Potter and Disneyland. The next person who will change the world may be you. Take an inspiration and try!