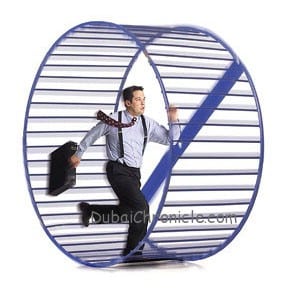 Average pay rises across the GCC are set to be lower in 2016 than at any time over the past ten years, despite the rising cost of living caused by cuts in government subsidies, according to the latest research released today.

“Many professionals in 2016 are likely to face a double-whammy of rising living costs coupled with stagnant wage growth. As a result, real salary increases net of inflation are expected to be significantly lower than in previous years” the report stated.

One source of comfort for residents is falling rents in parts of the region, in an otherwise inflationary market, the report found.

The research report was based on GulfTalent’s survey of 700 employers and 25,000 professionals across the six GCC states. Drawing on its survey results, the study found that salaries across the GCC are forecast to increase at an average of just 5.2 percent in 2016, down from 5.7 percent in the previous year.

Saudi Arabia is expected to top the region’s pay increases, at 5.9 percent. However, with inflation in the Kingdom forecast at 4.7 percent in 2016, real pay rises net of inflation will average just 1.2 percent.

Professionals in the UAE are expected to enjoy the region’s second highest salary increase at 5.3 percent. Qatar is next with 4.7 percent, followed closely by Kuwait and Oman at 4.6 and 4.4 percent respectively.

Bahrain fares the worst among the six GCC states, with the projected salary increase of 3.7 percent matching the forecast inflation rate exactly, leaving employees with no net increase in their purchasing power.

Sectors that are particularly hit include oil & gas and construction, which depend heavily on government investment. On the other hand, retail has seen limited impact and healthcare is booming, driven by a combination of population growth and regulatory changes making healthcare provision mandatory for employers. 68 percent of healthcare companies surveyed reported an increase in their headcount during 2015.

The study found that, with fewer jobs in the market and candidates seeking stability, employee turnover had fallen in most sectors. It warned, however, that employers failing to meet the pay expectation of their top performers due to financial pressures could risk losing them to competitors.

According to the study, employers currently hiring are having much greater success in securing top candidates than in previous years and some are using this as an opportunity to upgrade their staff.

Some firms are also reporting greater success in attracting nationals, thanks to slower pace of hiring in the public sector. One Saudi employer told GulfTalent interviewers “We always wanted to hire Saudis, but they were not interested before. We are happy that Saudi nationals are now accepting our job offers.”

An increasing number of firms have been reducing headcount, particularly in energy and construction. Overall, 14 percent of surveyed firms in Saudi Arabia reported plans to reduce headcount in 2016, compared with 9 percent in the UAE.

Several executives interviewed by GulfTalent reported that, despite operating below capacity, they were holding on to their specialist talent in the hope that the market will recover later in the year. If the current situation persisted, however, they would have no choice but to make painful cuts, the report quoted.

GulfTalent’s study also noted that, despite a marked slowdown, the situation in Gulf countries remains far more stable than in most other oil-dependent economies. According to the Economist Intelligence Unit, all GCC countries are expected to have stable currencies and register a positive economic growth in 2016, with governments using their reserves to maintain critical investments. This is in sharp contrast to Russia where the oil price collapse has already led to severe recession and a 50 percent plunge in the value of the currency since 2014.