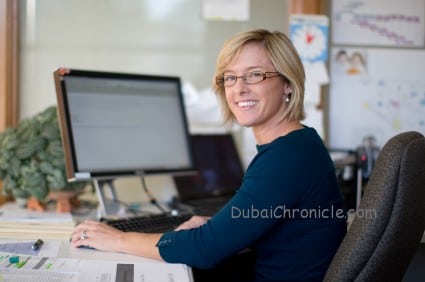 Working from home has lots of advantages, but it certainly comes with a few setbacks – the social component is lost and often, productivity suffers. At least, this is what many company CEOs try to convince their staff. But a new study claims just the opposite – at-home employees are actually more productive than office workers.

Some companies have introduced teleworking, or working from home, to their employees, while others such as Yahoo or Google have claimed this only leads to loss of concentration and decreased productivity. There is a widespread fear that staying at home employees will work less and will shirt more. Of course, the matter is somewhat subjective – what type of business you are in and who your employees are. A lot of companies let people work from home, but they constantly remind them of the deadlines and the workload that has to be done. This, however, may be useless – researchers found that at-home workers are actually more productive than those who stay in the office.

According to Nicholas Bloom, an economics professor at Stanford University, employees who work from home outperform their office colleagues. He looked at the performance of a Chinese travel centre, and discovered a surprising fact – workers who were at home made on average 13.5% more calls per week than the employees who were at their workplace every day. According to him, this is equal to nearly a whole extra work day per week, which is a huge benefit for the company – along with the reported decreased quit rates by 50%, and the savings from cutting office space, the company managed to reduce its costs substantially.

Although unemployment rates have jumped from a decade ago, especially during the global economic crisis, the number of telecommuting employees has increased by 80% from 2005 in the U.S. In 2013, nearly a quarter of all employed people admitted they worked from home at least several hours each week, according to data from the Bureau of Labour Statistics. But teleworking is becoming popular in other countries, as well. In 2011, 59% of the employers in a CBI survey said they offered at-home working options. In comparison, only 13% agreed to teleworking in 2006. It is clear that it becomes more and more popular, especially for some areas of the business.

Another finding by the researchers from Stanford and their colleagues from the Beijing University is that at-home employees are actually more satisfied with their work than those working at the office. As a result, they would be generally happier and more motivated to work – a guaranteed benefit for the employer.