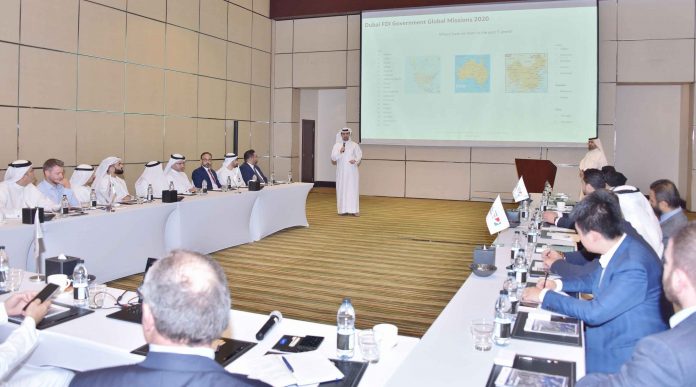 Program to include official trips to US, India, China and Australia

Dubai FDI, the investment development agency of Dubai Economy, has announced its series of government global missions for 2020 with the aim of promoting the Dubai Advantages. The missions reflect Dubai FDI’s strive to support the Emirate’s strategic plans and initiatives and devote the attractiveness and competitiveness of Dubai as a preferred global FDI destination. The missions scheduled for next year will include two official trips to the US, and single trips to India, China and Australia.

According to Dubai FDI senior officials, official investment missions made over the last five years have generated key success in attracting foreign investments (FDI) into the emirate. In fact, global missions have reached 18 states in the US, India, Australia, Canada and China.

The US, the leading investor in terms of FDI capital inflows into Dubai, has contributed 37 per cent of total FDI capital and 23 per cent of total FDI projects into Dubai during 2018. While the first six months of 2019 resulted in 55 FDI projects worth AED 16.56 billion from the US. Dubai FDI has outlined two missions to the US in 2020–the first trip to include visits to New York, Orlando and Miami while the second trip to cover stops like Boston, Salt Lake City, Pittsburg and Nashville. The missions to the US will cover key industries like aerospace, advanced technology, trade, finance services, film and media, manufacturing, life sciences, healthcare, agriculture and processed food.

India has contributed 7.4 per cent of total FDI capital and seven per cent of total FDI projects into the emirate in 2018. The first six months of 2019 also saw the entry of 15 FDI projects worth AED 2.571 billion from India. In line with this, Dubai FDI is set to visit major cities that include Mumbai, Bangalore and Kochi, covering lead industries like aerospace, manufacturing, advanced technology, information technology, finance, film, life sciences and healthcare, food products and agriculture.

Lastly, Australia has contributed 0.05 per cent of total FDI capital and 0.96 per cent of total FDI projects into Dubai in 2018. The first half of 2019 resulted in the creation of 6 FDI projects worth AED 25.35 from Australia. Missions to the country next year will include Sydney and Brisbane and will cover industries like education, manufacturing, advanced technology, retail, mining, professional services, agriculture, life sciences and healthcare.

Fahad Al Gergawi, CEO of Dubai FDI, said, “Dubai FDI is organizing these missions to promote Dubai and its ideal investment environment while also highlighting current and future investment opportunities in the strategic and emerging economic sectors –all falling in line with Dubai’s vision to make the emirate a preferred global FDI destination under the Dubai 2021 Plan.”

According to Dubai FDI Monitor, Dubai has attracted 257 FDI projects, worth AED 44.6 Billion, during the first six months of 2019.

“We are confident that these global investment missions for 2020 will further enhance the strong ties between Dubai FDI and global countries and increase FDI inflows into the country,” concluded Al Gergawi.