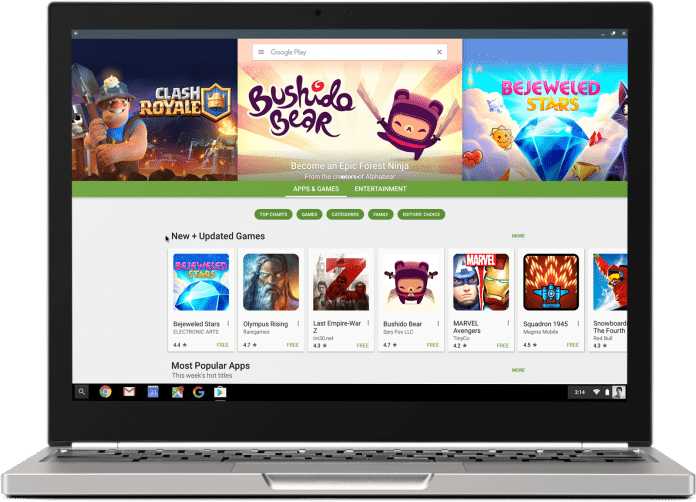 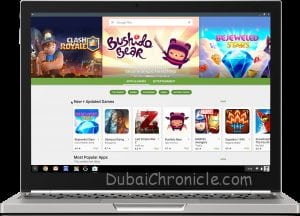 If you have a Chromebook -affordable, light and modern looking laptop alike- you will most probably be very exited to read this post further.

Google just announced something that everyone had been patiently waiting for: the Android Play Store will be integrated into Chrome OS.

For those who have never tried a Chromebook or Chromebox, Chrome OS is the streamlined operating system based on the Chrome browser that powers those laptops and desktops. Chrome OS is not a full-featured operating system, as are Windows and the Mac OS. But it gives good basic functionality for people who need a reliable, easy-to-use PC, without worrying about security, viruses, malware, or having the latest updates. You can explore the newest models here.

Developers will get their first crack at the Play Store starting in June. As for the rest of the world it would be possible to experience this amazing progress in a few months from now – in the autumn.

What does this mean in practical terms? Simply said, whatever gripes users had that the Chromebook is useless except for browsing will be a thing of the past.

Android apps on Chromebook add more productivity to the machine that used to be “just a browser.” For example, apps like Microsoft Office and Photoshop will be available to Chromebooks when developers migrate everything by this fall.

The Chrome Blog added this to their official announcement, “We’re bringing Google Play (the most popular app store in the world) to Chromebooks. This means you’ll be able to download and use Android apps, so you can make a Skype call, work with Office files and be productive offline — or take a break with games like Minecraft, Hearthstone or Clash of Clans.”

Now to the technical side. What else can this Android x Chrome OS mashup do for users? The Android N framework will be built upon Chrome OS. This ensures “no overheard and no performance penalties from emulation or virtual machines.” Phone notifications can also be viewed on Chrome OS and sharing files between devices will be very simple.

Even with this new announcement, it must still be made clear that Chrome OS and Android remain distinct and different from each other. The fact is that Android is better suited for mobile devices, and Chrome OS is better for keyboard and mouse users. The addition of the Play Store just tries to bring the best of both worlds together.In the battle for the future of the PC, Google just notched a win and opened the door for further gains later this year.

Chromebooks topped the Mac for the No. 2 spot in PC shipments for the first quarter of 2016, becoming the second-most popular PC platform in the U.S. behind Microsoft’s Windows, according to research firm IDC. The news was shared by Google CEO Sundar Pichai.