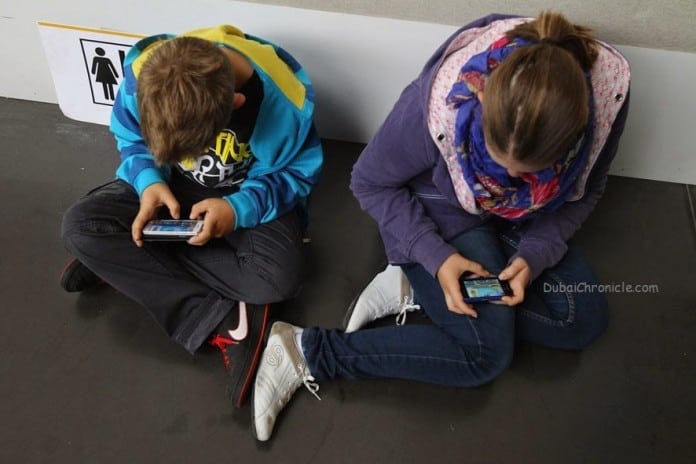 UAE residents are some of the most addicted people to social networks in the world. The country is ranked 8th worldwide in use of virtual social networks, according to a new report.

If you are living in the UAE and you find yourself spending a lot of time on social media websites, you are just one of the many. The latest Global Information Technology Report 2015 has discovered that web users in UAE are particularly attracted by social communications. The United Arab Emirates ranks together with Iceland, the U.K. and the U.S. on the social media addiction scale.

This trend, however, has been observed for some time now. Earlier this year, for example, another study found that the active social media population in the United Arab Emirates has greatly increased in a short period of time. In just a year, the country saw a social media usage jump by 23%. As a result, the people who actively use social media websites in the UAE at that time were estimated at 5.3 million.

But why social networks continue to enjoy growing popularity among people in the United Arab Emirates? As a start, the UAE has one of the biggest internet users rate in the world. This year’s Global Information Technology Report informs that along with Iceland, Norway, Sweden and Denmark, the Gulf country is in the top 10 when it comes to percentage of individuals using the Internet.

In addition to that, the United Arab Emirates ranks 8th in the world when it comes to availability of latest technologies. People living in the UAE enjoy wider selection and easier access to newly-released consumer gadgets compared to consumers in Japan, Singapore, Germany and South Korea, which are all considered to be some of the leaders on the global technology market.

Smartphones and tablets have now become a primary way for accessing social network websites for the majority of the global web population. The United Arab Emirates does not make an exception here. The fact that UAE is 7th in the world for mobile telephone subscriptions and third in ME after Kuwait (4) and Saudi Arabia (6), also enables the country’s population to update their virtual social profiles not only on daily basis, but also everywhere they are.

Apart from UAE’s impressive social network activity, the country also showed an impressive performance in other information technology areas examined by the report. For instance, The United Arab Emirates’ government was found to value highly the advantages that modern technology offers. According to the report, the country is second in the world in terms of government purchasing decisions that foster innovations. The only country ranked higher than the UAE in this category is Qatar.

In addition the UAE is 23rd in the world and highest ranked in MENA on the Networked Readiness Index and Compared to last year, the Gulf country has climbed one position. It is followed by Qatar and Bahrain at the 28th and 30th spots, respectively.