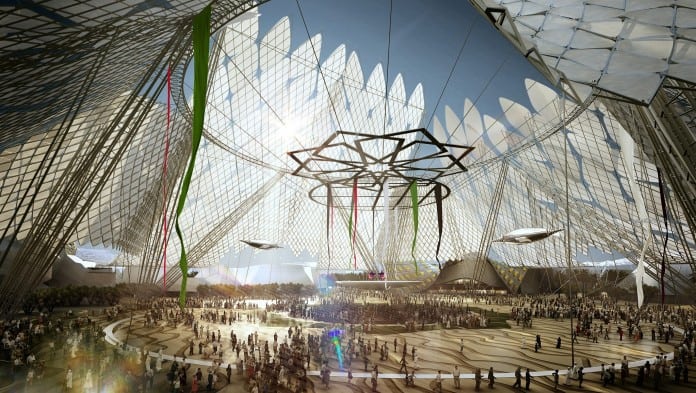 There may be more than five years until the World Expo in 2020, but Dubai, which was announced a host city in 2012, has already in a preparation for the event. To market it more successfully, organizers will come up with a brand-new logo in October after a special design competition, open to all residents in the UAE.

According to officials, it’s a tradition for big events such as World Expos to replace the initial logo with a new one after winning a bidding stage. And on Monday, a nation-wide competition for a new Expo 2020 logo design was launched in the UAE, engaging not only Dubai’s residents who are excited about the upcoming event more than anyone else, but also everyone across the country. Earlier, organizers had launched a huge promotional campaign, titled “For Everyone”, which started with a month-long display of art. The programme included 21 huge conceptual sculpture, which with their interactive screens and eye-catching look, aimed at building awareness about the expo and its impact on the local and national economy.

The initiative continues with the logo competition, which allows every UAE national or resident to take part with their own vision. Of course, the logo should reflect the main theme of Expo 2020 – “Connecting Minds, Creating the Future”, but the detailed rules and conditions for applying are still to be announced. Practically, every resident of the UAE and not just designers and artists can take part in the competition, which offers pretty amazing awards to the winner. He or she will receive $27,000 or AED 100,000 as an award, plus a pre-paid trip for four people to three previous World Expo host cities. But that’s not all – the winner will also be given a season pass for two for the entire Expo 2020 in Dubai, as well as an invitation to the opening ceremony in October 2020.

Entries can be submitted online at the official Expo 2020 website. They will be assessed by Expo 2020 Dubai Higher Committee and a special panel of design experts and the winning design will be announced in October – exactly five years before the start of the expo.