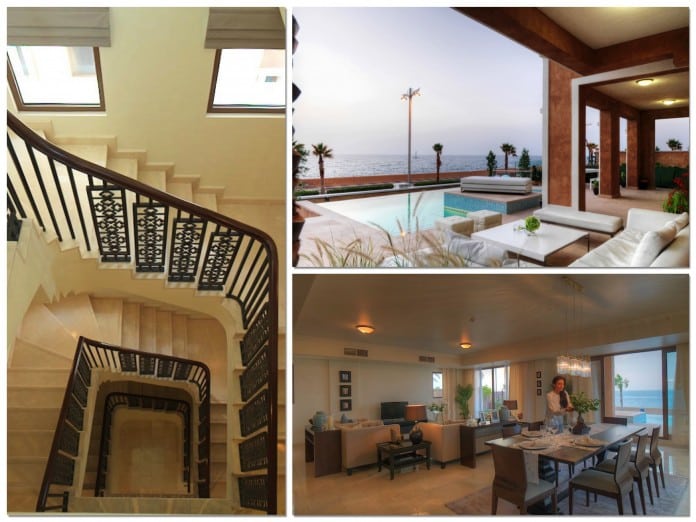 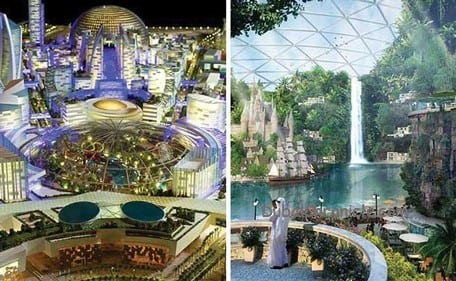 Dubai’s climate is not really that much tourist-friendly. The emirate has a tropical desert climate which means that the summers are very hot and humid. In addition, the rainfalls are short and irregular. That is why, over the last few years, Dubai is heavily investing in various climate-defying projects that often overshadow even the city’s record-breaking skyscrapers.

Jungle in the Middle of the Desert

In February, it was announced that Dubai will gets its own tropical rainforest. A new development called The Dubai Rainforest will feature an entire jungle in the middle of the emirate’s desert! The project will recreate rainforests’ natural environment and it will be constructed under a dome.  The unique desert rainforest will be part of a luxury residential development. However, it will be open to visitors. They will be able to walk through the rainforest and even fly high above the exotic trees on a zipwire. The entire development will cover an areas of 5.1 million square meters. Also, it will feature a golf course designed by golf legend Tiger Woods. Tourists and residents will also be able to visit different restaurants, shops and amenities located within the development.

Most shopping malls include attractions like movie theatres, play areas and, of course, many shops. Dubai’s Mall of the Emirates, however, has an indoor skiing area. What is more, Ski Dubai is actually the world’s largest indoor skiing area. The temperature of the snow surface inside the facility is maintained at -16° C and the temperature of the air – at -1°C. Around 30 tons of snow are changed every night. In addition to that, Ski Dubai is also home of a few penguins. 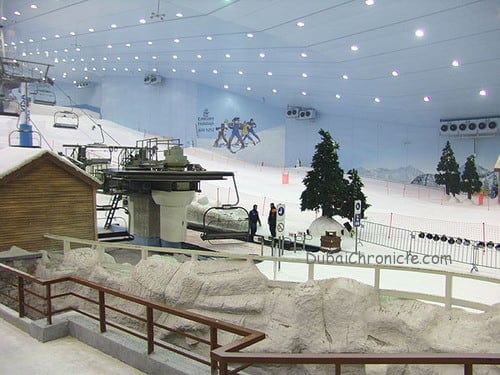 Another desert-defying development in the emirate is Dubai Miracle Garden. It consists of over 45 million colourful flowers. With an area of aroudn 72,000 square meters, this desert oasis is the largest natural flower garden in the world. Many of the flowers blooming in the garden, like geraniums and petunias, cannot be found anywhere else in the Middle East.

A few months ago, Dubai unveiled yet another ambitious project called Mall of the World. It will function as an entire climate-controlled city. The temperature in this city-within-city will be controlled thanks to a massive glass dome. The mega project will cover an area of 48 million square feet and it will offer shopping, leisure, tourism and culture activities. The temperature-controlled facility will encourage visitors to come to the emirate regardless of the month or season. 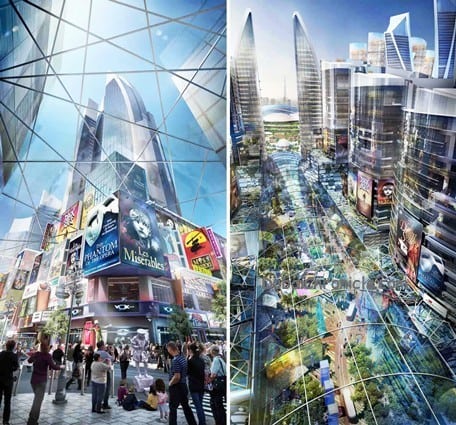 A recently approved mixed-use complex located in Zabeel Park will have a snow fountain. It is not known how this fountain will function and operate, but it will certainly be more than spectacular. To make things even more interesting, it will also be the first snow fountain in the world. A regular water fountain will be it companion.

The Heart of Europe (THOE)

Similar to the Mall of the World, The Heart of Europe will feature climate-controlled areas. THOE will include six man-made islands. They will consist of different areas that will recreate different European cities, regions or countries, like Monte Carlo, Poland, Sweden, Sochi, the Netherlands and many others. To make the atmosphere more believable, special machines will make snow and rain.

With so many climate-defying projects on their way, in just a few years, Dubai already looks like a massive mirage in the middle of the Middle East.