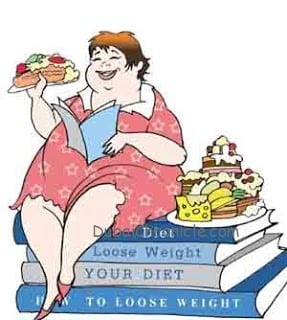 Today, 2.1 billion people or nearly a third of the global population is overweight or obese, but now a new study suggests this trend is more terrifying than we thought. Scientists found that obesity increases the risk of developing 10 of the most common cancers.

The number of people who have higher body mass index (BMI) is rapidly increasing around the world, especially in developing countries in the Middle East and North Africa, Central America, and Island nations in the Pacific and Caribbean. Obesity is clearly linked to serious conditions such as cardiovascular diseases and diabetes, which kill millions of people each year. In latest edition of the Lancet journal, British scientists now claim that being overweight boosts the risk of developing ten of the most common cancers, which are also among the biggest killers worldwide.

Researchers at the London School of Hygiene and Tropical Medicine conducted a study on more than 5 million adults in the UK, which is the largest of its kind in history. They measured the BMI of over a million and a half people and discovered that out of the 22 caner types, a total of 17 were linked to obesity.  Ten of them are among the most common types of cancers and according to the researchers, they cause 12,000 cancer cases in the UK every year. During the 7.5-year period of the study, nearly 167,000 people developed some type of cancer.

The body mass Index or BMI is measured as a ratio of weight in kilograms-to height in meters squared. People who have BMI of 25 to 29.9 are considered overweight, while those having 30 and above are obese.

The results of the study show that obesity was linked to a 62% increase in the risk of developing cancers of the uterus, 31% higher risk of gallbladder, 25% higher risk for the kidney, 10% for the cervix, 9% for the thyroid, and 9% for leukemia. Cancer of the liver is also 19% more likely to affect obese people, together with tumors of the colon (10%), ovaries (9%), and breast (5%). However, the researchers found an interesting correlation – overweight or obese adults are at a slightly lower risk of suffering from prostate and premenopausal breast cancer.

If the current trend of increasing obesity continues, the number of cancer cases will substantially grow, researchers commented. Previous study, also published in the Lancet, predicts that two in five people will develop type 2 diabetes sometime in their lives.