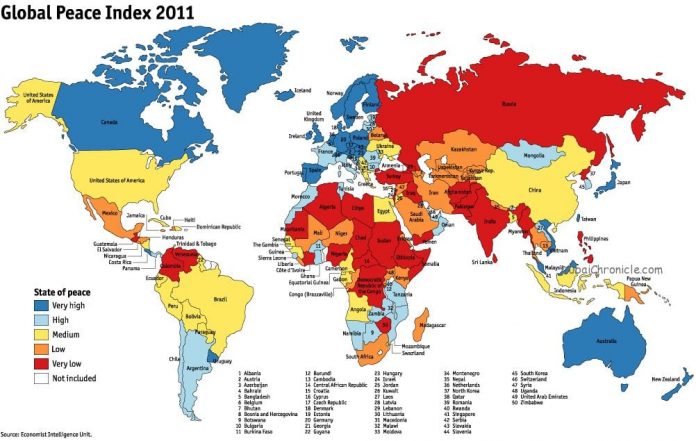 The Reputation Institute has announced its annual Country RepTrak ranking that measures the reputations of countries all over the world. This year, the list of most reputable countries was topped by a new leader. The United Arab Emirates, on the other hand, witnessed a decline in reputation and is no longer the top reputable country in the Middle East.

The ranking examines the reputation of 55 countries from all parts of the globe. The assessments are made on the basis of a survey in which participated over 27,000 people. They shared their viewpoint on all of the countries that were analyzed on factors like economy, government and environment. The higher an entry is listed the more likely it is to be perceived as a safe travel destination with beautiful nature and friendly and welcoming residents, for example.

The most reputable country in 2014 is Switzerland. It stole the crown from last year’s winner Canada by climbing two places on the list and pushing the North American country to the second spot.

Apart from Switzerland, this year, there are two other climbers in the top 10 – Finland and Germany. Finland jumped from the 8th to the 4th position, whereas Germany finally landed among the first 10.

Almost all other top 10 countries witnessed a decline compared to 2013. Only the Netherlands stood its ground on the 9th spot. Austria, on the other hand, did not have this luck and is no longer part of the top 10.

Countries with best reputation in 2014

At the very bottom of the list are the countries with the worst reputation. At the last, 55th position is Iran, followed by Pakistan at the 54th place. Even though China is one of the world’s biggest economies it was ranked 50th in reputation.

Unfortunately, the UAE has lost a few positions and it is no longer the country with the best reputation in the Middle East. The United Arab Emirates fell from its 2013’s 31st spot and landed on the 35th.

The region’s new leader on the list is Qatar (34). Kuwait comes third in the Middle East at the 46th place and Saudi Arabia fell five spots to the 48th this year.