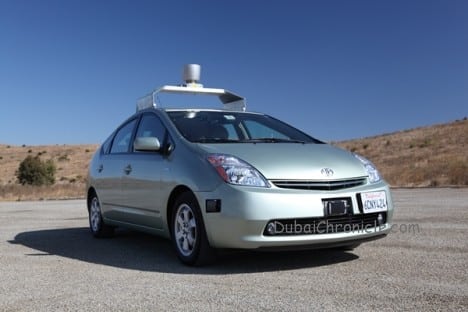 Google presented its latest innovations and software updates during a dedicated conference earlier this week. One of them in particular seems to be already taking off. The company’s Android Auto, a redesigned version of the Android mobile operating system, will very soon be adopted by at least four big automakers. So, if you drive a car, you will be able to enjoy even more in-car entertainment sooner than you can imagine. Google, on the other hand, will attempt to take over yet another market.

However, there is one major problem with Google’s master plan. Some of the car models which will integrate Android Auto will also rely on CarPlay, which a very similar technology developed not by other, but Google’s main rival – Apple.

As soon as Google unveiled Android Auto a few days ago, a number of car manufactures expressed their interest in adopting the technology in some of their upcoming vehicle models. Among them were two of the most popular car brands in Europe, Audi and Volvo, as well as Hyundai and Honda. All of them are planning to add Android Auto to at least one of their 2015 car models. Through this technology consumers will be able to access various Android apps directly from their dashboard. Unsurprisingly, there will be some extra focus on Google’s own apps and mobile services like Google Maps and Play Music.

While Audi, Honda and Hyundai are yet to share their plans on how they intend to use this new platform, Volvo already gave a very detailed information regarding it recent Google partnership. The automaker announced that it will add Android Auto to its XC90 car which is scheduled to arrive on the market next year. The problem is that Volvo also stated that Google’s in-car technology will work alongside Apple’s CarPlay software. This is an unfortunate turn of fortune for Google, since the technology giant developed Android Auto to compete namely against CarPlay.

Apple will probably not like this fact too. After all, the company introduced its iOS based in-car platform just a few months ago and it is still trying to spread the word about it.

To rub more salt into the wound, Honda and Hyundai were also reported to have a similar plan for Google’s Android Auto and Apple’s CarPlay. The effect of that would possibly be an even more intensified in-car smart system competition, which could force the two technology giants to make their product even better and more affordable for consumers.