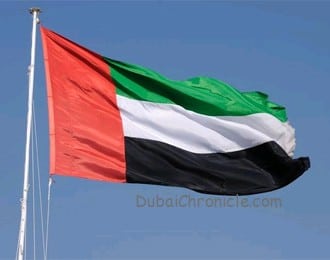 An annual report on nation brands by Brand Finance reveals the most valuable nation brands of 2013. According to the company’s CEO, David Haigh, just like product brands, nations can capitalize on their economic growth. The study of nation brands relies on four main factors – Tourism, People and Skills, Investment, as well as Products and Services. Even though the United Arab Emirates managed to grab a spot among the leaders only in one of these categories, it did find a place on the list of “Strongest Nation Brands.”

The report ranks the UAE as the 19th strongest nation brand in the world for 2013. That is a rise of eight positions compared to 2012. In addition, together with the Philippines, the country registered the biggest gain in investments last year. Moreover, with World Expo 2020 on its way, the research predicts that the UAE will further climb this list.

Another area in which the United Arab Emirates saw an improvement was People & Skills. Here, the country jumped by six spots in just one year which is the biggest gain in this category this year. Also, even though the UAE did not made it to the top 10 nation brand in terms of Goods & Services, it did climb in this category with three positions.

According to the report, nation brand value is still witnessing an impressive growth of 13% in the total brand value for 2013. The countries to blame for that are mainly China and the U.S, since they witnessed the biggest jump in the last twelve months. They registered a rise of 26% and 23%, respectively. Therefore, it is not surprising that the two countries lead the ranking of Most Valuable Nation Brands.

Switzerland dethroned Singapore from its position of world’s strongest nation brand. In addition to that, improved its ranking on the Most Valuable Nation Brand list and it is currently under the 14th spot. Despite that, its brand value growth remains rather weak – just 9%.

The U.K. also received a lot of recognition in the report. Its Brand Britain is presently the fourth most valuable in the world after it took the place of Japan. Britain saw a brand rise by 8% in 2013 thanks to events like the Diamond Jubilee and the Olympics. The Asian country, on the other hand, registered a fall of 11% because of the lasting effects of the tsunami, as well as the Fukushima nuclear plant.

Among the countries that also witnessed a jump were Sri Lanka, Turkey, New Zealand, Kazakhstan, Ireland, as well as Australia. Each of them registered a brand value growth of at least 32%.

Now, take a look at the list of world’s strongest brands in which the UAE also managed to find a place: