After visiting Saudi Arabia, a team of experts concluded that the new Middle East coronavirus poses a great threat to patients and health workers in hospitals as it is easily spread in healthcare settings. At the same time, panic in Saudi Arabia’s Eastern Province has vanished and people don’t wear masks any more.

Experts on infectious diseases from John Hopkins University School of Medicine and other institutions traveled to Saudi Arabia to observe and assess the hospital outbreak in the Eastern Province. Their report which was published yesterday in the online New England Journal of Medicine states that the Middle East respiratory syndrome coronavirus (MERS-CoV) poses a great risk to hospitals because it is easily transmitted in a healthcare environment from patient to patient, and from patient to health worker. The researchers also point out that the infection can be transmitted when a sick patient is transferred to another hospital.

One of the major findings of the investigation was the MERS had a death rate many times higher than SARS, with deaths at 48 percent and 8 percent, respectively. As of 20 June, 2013, there are 64 laboratory-confirmed cases worldwide, including 38 deaths, according to the World Health Organization. 49 of them have been reported in the Kingdom of Saudi Arabia, of which 32 are dead. The first symptoms include coughing, fever, shortness of breath and vomiting and the time from the viral exposure to their exhibiting, is 5.2 days, the report also says. It takes roughly 7.6 days for the virus to transfer from one person to the next.

According to Agence France-Press, people in Al Ahsa Governate where the most MERS cases have been reported, stopped wearing face masks in public. As a whole, panic has subsided and now the situation is back to normal with people greeting each other with the traditional kiss on the cheek. Many of the residents believe that despite the high death rate of the virus, the affected are mostly older people suffering from many underlying chronic diseases. In addition, according to pharmacist Adel Ali, the sales of face masks which were recommended by the health authorities have fallen. The initial fear from a larger outbreak is widely considered exaggerated among the population in the region.

However, the Ministry of Health in the kingdom has focused on prevention and surveillance. Hospitals in Al Ahsa are still distributing masks and urging people to observe strict hygiene rules. The ministry is also working in collaboration with international experts and the World Health Organization to learn more about the virus and find a quick solution to the problem. Local specialists and scientists from all around the world are now sharing opinions and knowledge at a special web page. 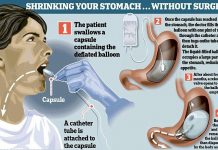 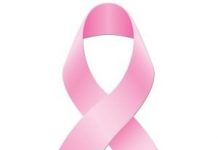