The universally acknowledged truth that women talk a lot more than men finally found its scientific back up. A new study discovered that women talk nearly three times as much as men and this fact is in fact, attributed to biology.

We have all known that the female part of the humankind is generally the more talkative one. Now ladies can blame excessive talking on biology for that. A new study conducted by researchers at the University of Maryland College of Medicine explains that the female brain has higher levels of a certain protein linked with verbal communication. The research examined the brains of ten 5-year old girls and boys and found out that the girls’ brains contained between 30 and 40 percent more of the FOXP2 protein than boys’. The major founding for scientists was that the protein FOXP2 is responsible for vocalization, but for all of us, the major finding is that now there is a good reason why women talk more.

Previous research by Louann Brizendine at the University of California found that women speak an average of 20,000 words daily compared to only 7,000 words for men. This means that on average, women talk nearly three times as much as men. A number of studies in the past have shown that girls are born with better communication skills than boys – baby girls begin to communicate using sounds and gestures earlier. And as girls get older, they usually have a larger vocabulary than boys. 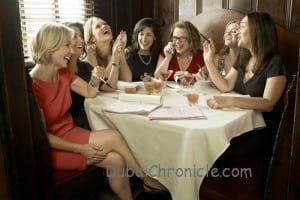 Women not only tend to talk more, but they are also more comfortable to talk about their personal matters such as feelings and emotions than men. It is also believed that women usually use different communication patterns, often meaningless, in order to keep the conversation going. For example, “Right?”, “Can you believe that?”, “Isn’t that crazy?”, when it’s clear that the topic is not crazy or unbelievable at all. This can be very annoying to the other person, but this is only a natural way for women to stay connected, even if they don’t realize it. So, yes, women talk a lot, but there’s an advice for gentlemen – be patient, and sometimes just pretend to listen.