Price of Brent crude reached almost $110 per barrel today, while the growing tension turned into violence between Palestine an Israel. This brought uncertainties towards the Middle Eastern supply.

The Middle Eastern region provides about a third of the global Brent crude supply. At the moment, most investors are startled by the growing Israeli-Palestinian issue which could cause other countries from the area to join the conflict. If this scenario becomes real, the oil supply will be definitely threaten.

If the problem complicates further, it is possible that other oil producer form the region could get involved and their supply will be re-positioned according to their position. Market analysts expect higher risk to influence investors and traders.

The market will certainly look for a solution for the uprising critical problem. Yesterday, Israel launched a missile and took the life of 11 civilian Palestinians. The death list from the incident includes four children. By now this is the deadliest act in the five-day Palestinian air strike over Israel responded by Israeli rocket attacks along the Gaza Strip.

The urgency for truce acts in the region is gaining power. Egypt was the first country that interfered as mediator for a peacemaking agreement. In addition, the Israeli media reported that an Israeli delegation was sent to Cairo to discuss the terms of a ceasefire agreement. Yet, the government restrains from any kind of comments on the matter.

Since Wednesday Gaza fired 544 rockets on Israel territory, wounding and killing a number of innocent civilian reports the Israeli army. The military actions are expected to continue on ground with a possible invasion into the Gaza Strip. 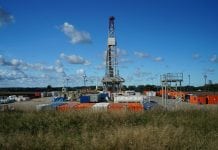