A recent study which included more than 1 million women found that smokers are three times more likely to die than those who don’t smoke. In addition, scientists who worked on the study discovered that quitting smoking can greatly reduce the risk of dying prematurely.

Smoking is among the main causes of preventable death. The leader of the study, Richard Peto, a professor at the Oxford University in the UK, together with his colleagues, tried to find how smoking endangers women and how they can benefit by quitting the bad habit. The study focused on women who were born in the 1940s, because they were actually the first who turned to smoking. Moreover, they are one of the most dedicated regular smokers. Through them scientists also wanted to find what are the effects of long-time smoking and those of quitting.

Professor Peto said that the 21st century is the perfect time to conduct the study. According to him, that was due to the fact that now researchers can examine at first hand all the effects of prolonged smoking and cessation, as well as premature death among women. In the period 1996-2001, over 1 million women, aged 50-65, took part in the study. The women provided detailed information concerning their health, lifestyles and socio-demographic factors. The women were asked to do the same thing after a period of 3 and then 8 years.

When the study began, 52% of the women had never smoked, 28% had smoked in the past, and 20% – smoked at that time. All women were included in the national health system in the UK. So, the women’s deaths and their causes were kept track of. Five years later, about 66,000 of the women in the study were dead.

Scientists discovered that those who smoked as adults were three times more likely to die than those who didn’t smoke or who have quit in their youth. Moreover, for smokers the risk of dying from some disease connected with the bad habit (lung cancer, stroke or heart illness) was very high. In addition, death rates among non-heavy smokers, who inhale less than 9 cigarettes a day, were twice bigger than that of the women who don’t smoke.

The study also discovered that women who quit smoking live longer. Those who stopped the dangerous puffing before 40, reduced the risk of premature death caused by cigarettes with over 90%. Also, the percentage for women who quitted before the age of 30 was equal to 97. Researchers say that even after these ages, quitting can have positive effects on people’s health. Women who stop smoking at 50 are over 75% less likely to die prematurely, compared to smokers at the same age. However, women who continue to practice their bad habit after the age 40 are 10 times more likely to be affected by some disease or even to die.

The results of the study add up to what scientists already knew about the smoking impacts. It also proves that the effects of smoking to women were overlooked to some extent. Scientists have deeper insights in the smoking hazards that affect men. That is because the habit was first popular among men. With women that happened in the 1960s. Due to the big gap of time between smoking and the development of its negative effects, these women smokers had to be tested after they enter their 50s. Only then researchers can examine the true impacts of smoking on their health.

The study also found that women smokers are more likely to suffer from heart illness than men who smoke. It is still not very clear why this is so. However, scientists think that cigarettes may affect the levels of estrogen. The hormone has the ability to protect the heart of women. In addition, some say that specific gender behaviors can also be important. For example, women typically inhale smoke more deeply than men.

The number of smokers in the West after the 1940s has dropped. However, the dangerous habit is now becoming more and more popular in developing states. A couple of months ago, the World Health Organizations estimated that worldwide smoking rates continue to be high. The WHO, also found that 10% of the women in the world are smoking. According to the organization, a large number of the people who smoke are living in middle-income states. Also, it was discovered that women have a tendency to start with the bad habit on a very early age.

All these tendencies in smoking and its effects on health show that further research is needed. However, one thing is clear – quitting is beneficial and the earlier that happens the better. 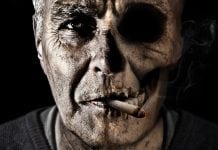 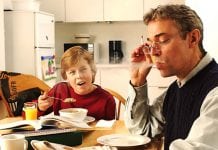 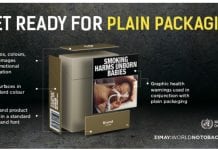 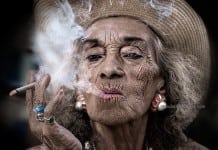 The Five Steps of Cigar Smoking