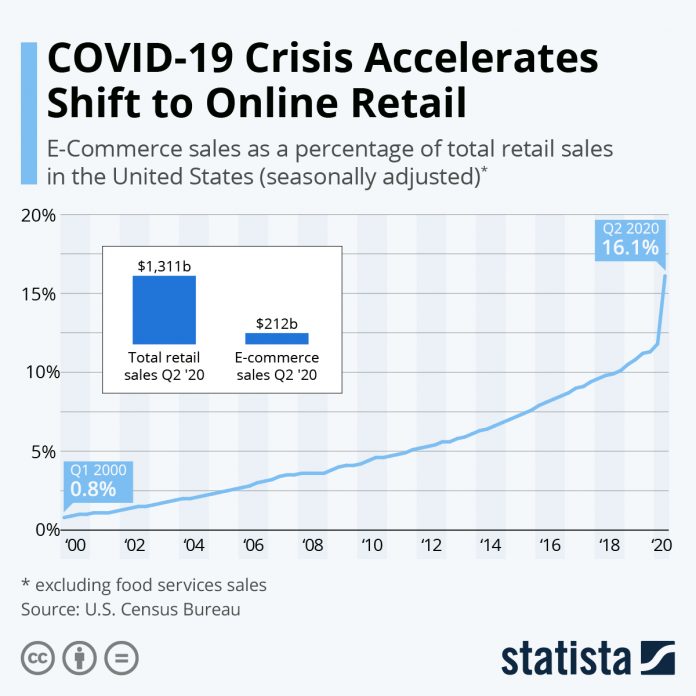 Over the past 20 years, e-commerce has steadily risen in size and reach. According to Statista’s Digital Market Outlook, more than 250 million Americans will make an online purchase this year, but how big is e-commerce really in the grand scheme of things?

According to data regularly published by the U.S. Census Bureau, the impact of online shopping on total retail sales in the United States has long been smaller than many people might think. In the first quarter of 2020, e-commerce accounted for 11.8 percent of total retail sales (excl. food services) on a seasonally adjusted basis, which was the highest share on record – until the pandemic hit the United States.

As the following chart shows, the COVID-19 crisis accelerated the shift to online retail at an unprecedented pace. Faced with stay-at-home orders and store closures, millions of Americans resorted to shopping online, resulting in a 4.3 point jump in the online portion of total retail sales. E-commerce sales amounted to $212 billion in the three months ending in June, which is equivalent to 16.1 percent of total retail sales. That’s up from just 10.8 percent in Q2 2019 and from 7.2 percent five years ago, illustrating the size of the latest jump.

While 16 percent still doesn’t seem like a lot considering the perceived importance of online retail, it needs to be noted that total retail sales include categories such as motor vehicle and parts dealers, gas stations and of course grocery stores, where e-commerce still plays a very minor role. Other categories, most importantly clothing and footwear, are seeing significantly higher shares of online sales already. 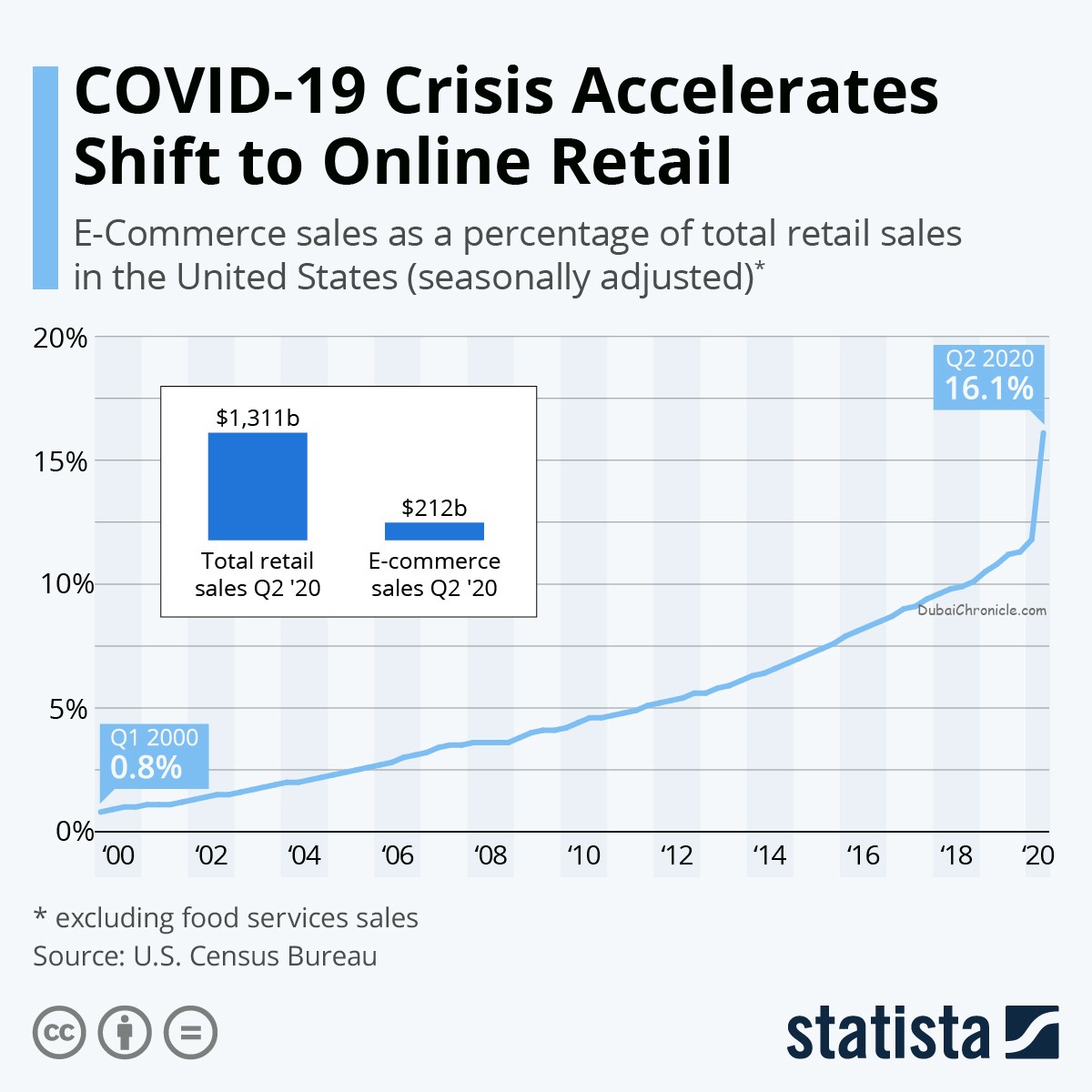