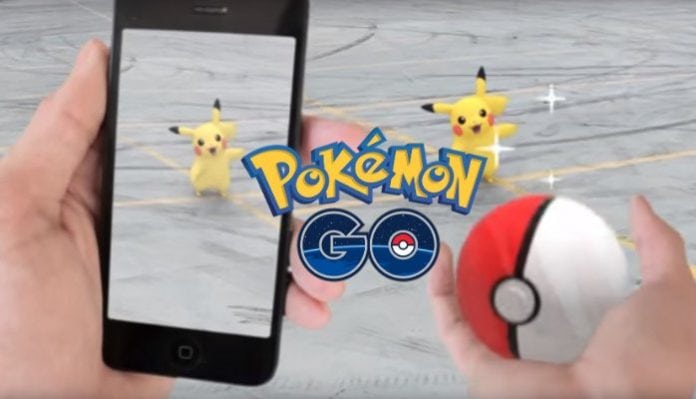 There are still plenty of people who have yet to capture their first Pidgey. At least a few billion of the world’s population will need a beginner guide to ‘Pokémon Go’ as of today the number of players is estimated to tens of million only.

The location-based mobile game Pokémon Go has taken over the lives of many smartphone owners. It leverages the classic video game and TV series Pokémon by introducing augmented reality and GPS, bringing the quest to find these colorful creatures to life.

The game has grown so popular, it’s daily usage is above popular services such as Twitter, Netflix and Spotify.

If you are ready to take the plunge, here is a beginner guide to ‘Pokémon Go’:

It’s available on Apple’s App Store and Google Play. It’s free to download, but you have the option to purchase currency called Pokécoins to buy items.

Once you create your account, you’ll be greeted by the Professor, walking you through the basics. This is where you customize your trainer and give him or her a name. Then the hunt begins.

You get one of three to choose from: Charmander, Squirtle or Bulbasaur. However, there is a trick to snagging the most popular of the Pokémon: Pikachu. Basically, it involves physically walking away from them until they reappear in map view. Do this enough times and Pikachu eventually pops up. It’s a lot of hassle, but if you really want Pikachu from the start, then it might be worth your time.

Once you pick your starter, then you learn how to capture it. This is where the augmented reality portion of Pokémon Go enters play. The app launches your smartphone camera, with the creature overlaid on top of the camera’s view so it looks like it appears in the real world. At the bottom is your Poké Ball, which is what you use to capture. Before you attempt a throw, you can take a picture of the character or use an item. Swipe up on the touchscreen to fling the ball and initiate the capture. You’ll notice a circle that shrinks in size. Wait for the circle to get as small as you can before you throw. You can earn extra experience points depending on how well you toss the ball. The circle will also appear in different colors, indicating how easy it will be to catch the Pokémon.

How do I find them?

The screen players will view most often is the map, which leans on GPS to determine your location. It’s not as precise as a navigation app, but works well enough. A radar pulsates from the trainer, with tiny Pokémon popping up when one is spotted. At the bottom right is a button that opens up a list of nearby Pokémon. The footprints underneath each show how close they are to your location. If there are none, that means they’re very close and you can catch it. Silhouettes of Pokémon mean they have yet to be discovered.

There are several types of Pokémon, including water, electric, fire and grass. Your location will determine the type of Pokémon you find. For example, if you’re by a lake you will find more water-based Pokémon. You can also get Pokémon by snagging eggs and placing them in an incubator. They only hatch once you’ve walked a specific distance. Players can use incense to attract Pokémon to their spot for 30 minutes.

Don’t forget to make them stronger

Players can hold up to 250 Pokémon, along with 9 eggs. When you capture a character, you not only gain trainer experience netting more rewards with every level you reach, but you also get stardust and candy. Players can use them to power up their Pokémon or evolve them into a much stronger creature. Combat Points next to each creature’s name represent how strong they are. The higher the number, the stronger the Pokémon. For example, spending enough candy can transform Charmander into the powerful dragon Charizard. Also, don’t hesistate to pick up weaker Pokémon. You can transfer them to the Professor for candy and boost your stronger creatures.

Notice how some Poké Stops have what looks like purple flower petals trickling down? That means there is a Lure Module attached. The device not only attracts Pokémon to a Stop, but it benefits any player near that Stop (hence all the images you’ve seen lately of people congregating in one spot). Visit them when you can. You may have heard reports of lures being used to target players, such as the case with a string of robberies in Missouri. Use caution. Do you really need to go to the park at 11 p.m. at night? Safety first.

Gyms are where the action happens

After you reach Level 5, you pick one of three teams: Valor (red), Mystic (blue) or Instinct (yellow). There’s no significant difference between the teams in terms of how you play the game. The best thing to do is go with a team that’s most popular in your area.

Teams fight each other to claim ownership of the Gyms. When you visit an opposing Gym, you can fight Pokémon to attempt a takeover. When it’s your team’s Gym, you can spar with Pokémon to move up the ranks. You can also leave one of your Pokémon in a friendly Gym to help protect it. If they maintain control, players earn more rewards.

When you fight or spar, players move into the arena to do battle. Tapping your Pokémon executes a simple strike. Holding down for a longer period of time performs a Special attack, and swiping left or right dodges. This is where you want to pay special attention to Combat Points. If your Pokémon has lower CP than your opponent, you will likely lose. There’s also HP or Hit Points, which determine how much damage a Pokémon takes. When they reach zero, they faint. Players can revive them with a special item and use potions to replenish Hit Points.

You can always purchase items, too

Players can spend money on Pokécoins, which they can then use to buy items like Poké Balls, Lures and Egg Incubators. Unless you are non-stop hunting, there’s really no need to buy Poké Balls. They’re easy to grab at Poké Stops. Some items like Lures may be more tempting, but even finding Spots with a Lure aren’t too tough. If you truly want the free experience, it’s definitely doable.