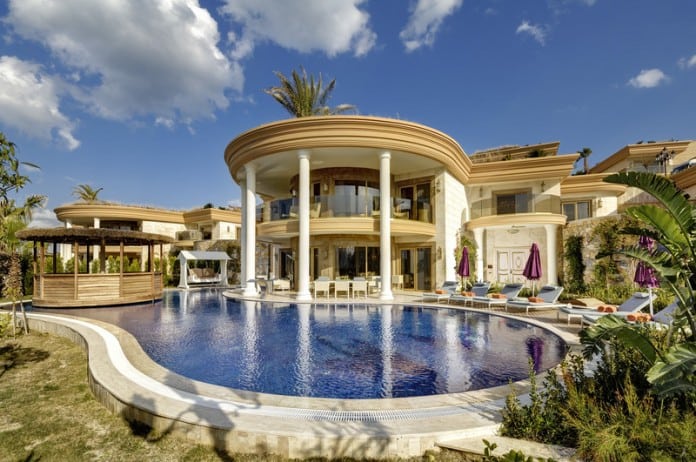 The super rich are famous for their extravagant lifestyle and love for flashy toys like incredible custom cars, luxury yachts and private jets. Costing millions of dollars, their homes don’t make an exception. But a new list, revealing the most expensive homes in the world shows the 18th century Buckingham Palace still beats them all.

Many believe London’s Buckingham Palace has no place in such a ranking – after all, its owner is the nation of Britain. However, researchers from the website CompareCamp, who compiled the list, remind that it is the British monarch’s official residence, so yes, with an estimated value of $1.55 billion, the Buckingham Palace is the most expensive home in the world. It was originally built as a private “large townhouse” for the Duke of Buckingham in 1703. 53 years later, it was acquired by King George III and today, it has 775 rooms, including 19 State rooms, 52 Royal and guest bedrooms, 188 staff rooms, 9 offices, and 78 bathrooms.

Surprisingly, it’s not the most opulent or richly decorated residence in the world. But a property’s value is more than just what it is – it’s who lives in it. According to the researchers, the Queen actually adds more value than the structure’s worth.

The second home on the list, on the other hand, was extremely expensive to design, build, and decorate. This is the ultra-modern, weird-looking Antilia building in South Mumbai, which is home to Indian oil and gas billionaire Mukesh Ambani, who was ranked by the Forbes as the 36th wealthiest person in the world. Named after the mythical island in the Atlantic, the 27-storey, 400,000 sq. ft. building has six underground parking levels, three helicopter pads, and requires a staff of around 600 people. The 21st century Antilia has an estimated worth of $1 billion.

Third in the ranking comes $750 million Villa Leopolda on the seaside hills of the beautiful French Cote D’Azure. The Belgian King Leopold II had it built by joining two mansions together into one massive property for his mistress, who was later evicted when the king died in 1909. Thérèse Vitali, Comtesse de Beauchamp acquired the property in 1919 and transformed it into its current appearance. Well, Villa Leopolda seems to be made for women – today, it is owned by Lily Safra, a Brazilian philanthropist and socialite who married billionaire Edmond Safra and received the property after his death.

10 Most Expensive Homes in the World

It’s easy to notice that several of the most expensive residences in the world are on the same street. Four properties in London have entered the top 10 list and all are within a mile of Hyde Park. Moreover, three of them are located on Kensington Palace Gardens, dubbed Billionaire’s Row. Another notable mention is the Odeon Tower Penthouse in Monaco, which is ranked the most expensive apartment with an estimated cost of $400 million. Oprah Winfrey’s Santa Barbara Estate in Montecito, CA is considered the most expensive celebrity home ($85 million), while the Ashford Castle in Ireland is costliest castle in world with $68 million of worth.