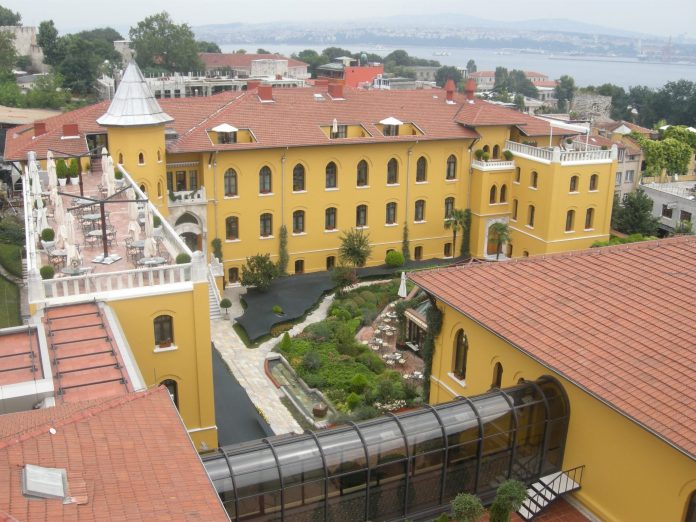 Istanbul’s commercial real estate sector is having a bullish start to 2014, with the weaker Turkish lira attracting foreign investors and an international property consultancy predicting that nearly two million square metres of new office space will be created there by 2017.

The lira’s fall in value against major currencies, including 37 per cent against Sterling between February 2013 and February 2014, has increased foreigners’ buying power in Turkey. At the same time, the recent rise in interest rates is also expected to benefit overseas investors in the residential buy-to-let market, as the resultant higher cost of servicing a mortgage could force more local Turks to rent a house.

Elsewhere, the city’s largest ever office lease was signed in February, signalling a growing confidence in the commercial market. Colliers International oversaw the deal, namely over 60,000 square metres of the Torun Tower, pre-leased to leading Turkish bank Denizbank on behalf of Torunlar REIT. A landmark development, Torun Tower is a new Class A office project situated in Istanbul’s Central Business District. With 65,600 square metres of office space over 35 storeys, its completion date is June 2014.

Kerim Cin, managing partner at Colliers International, commented: “We are confident that large lease transactions such as this one in Turkey will create confidence to the market and attract more interest from local and foreign institutional real estate investors and developers.”

Meanwhile, an office supply of 1,777,885 square metres will be added to Istanbul’s existing office stock during the next three years, 31 per cent of which will be constructed in the Central Business District, 30 per cent in Kozyatağı/Ataşehir region, 16 per cent in Maslak, 15 per cent in Kağıthane/Cendere, five per cent in Ümraniye and three per cent in Istanbul-East.

Another growth sector in Istanbul – and indicative of the country’s burgeoning middle class – are shopping centres. As of the first quarter of 2014, there are 94 shopping centres in the Istanbul Metropolitan Area, which has a population of 14.1 million. These represent a total leasable area of 3.25 million square metres, but this is forecast to rise to 3.75 million square metres by the end of the year.

“Unsurprisingly, areas of Istanbul with the largest future supply and current stock are those closest to the city central business districts on both sides of the city,” said Julian Walker, director of Spot Blue International Property. “These zones attract a large part of the city’s working population – they are the most dynamic parts of the city, with the best transport networks and significant commercial potential.”

Turkey’s future as a hub for international commerce and real estate investment was rubber stamped by Chairman of the British Chamber of Commerce of Turkey (BCCT) Chris Gaunt in February. “Turkey’s business experience in dealing with Central Asian, Middle Eastern, North African countries is an invaluable asset for the British who team up with Turkish companies to reach these markets,” said Gaunt. “There exists a huge investment potential in Turkey to reach the surrounding emerging markets. Turkey has a heritage of doing business all around the world. Turkish businessmen know how to do business in Central Asia, the Middle East and North Africa, providing British companies access to these regions via partnerships.”

Foreign direct investment into Turkey in 2013 was $12.686 billion, according to Turkey’s Ministry of Economy. Last year, 2,960 companies were established in the country by foreigners, taking the total number of foreign-owned or partnered companies to nearly 37,000.