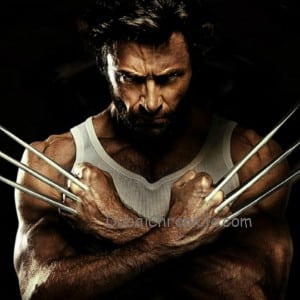 The weekend is already lurking on the horizon, which means you will be able to relax and enjoy some extra entertainment. In the summer heat, there is nothing better than taking a refuge in a big and cool movie theatre. If you are planning to do that this weekend, then you will not be disappointed. There are plenty of film premiers scheduled to take place over the next few days. Even more thrilling is the fact that every cinema fan can find something of his or her choice among them. Here are the top 5 movies for this weekend.

Without a doubt, the movie that definitely deserves your attention this week is “Wolverline.” Hugh Jackman again trasforms into his popular character from X-Men. However, this time around, he is taking the big screen solo. If you a Marvel appreciator, you will be glad to hear that this is one of the few superhero flicks that manages to stay true to the original story. “Wolverline” will also be enjoyed by viewers who meet Jackman’s character for the first time.

Another good movie title, which will be released this weekend, is “Pacific Rim.” This is a sci-fi production which captures a war between robot-like monsters and the humankind. “Pacific Rim” includes lots of action and special effects. Director of the movie is Guillermo del Toro who is known with his work on “Pan’s Labyrinth.” Therefore, you can’t really go wrong with this one.

Those of you, who plan to spend a weekend with the family, should check out animated flick “Turbo.” It’s about a garden snail with a love for high speed. The production uses the voices of actors like Ryan Reynolds, Samuel L. Jackson, Paul Giamatti and Michael Peña. This DreamWorks movie will impress you with its visuals and voice acting. Of course, there is a good amount of humour which will be appreciated by both young and old.

The next movie we are going to recommend does not really stand out with a unique storyline or directorial skills. Still it boost with a great cast made of well-known Hollywood names. We are talking about the sequel of “Red.” This is a quite typical action movie with rather predictable lines and script. Nevertheless, you will enjoy an entire Hollywood stardom headed by Mr. Die Hard Bruce Willis. He is joined by John Malkovich, Helen Mirren and Anthony Hopkins. Watch the old goofs get in trouble while attempting to save the world.

But enough with all the action and explosions. Time for a simple summer film. “The Way, Way Back Home” is a charming comedy with elements of drama, or vice versa (you be the judge). It tells the story of a young boy who goes on a summer vacation with his family. There, he meets a new friend, who will make his holiday unforgettable. “The Way, Way Back Home” offers familiar themes, but it stands out with its talented cast and fine script.

Now pick a movie and head to the theatre with your friends or family. The fun they will offer you is guaranteed to recharge you for the next week.