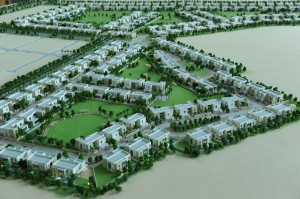 Dubai’s residential market maintained its positive performance in Q2 2013, backed by strong economic fundamentals and a return of confidence in the emirate’s economy. The growth in prices and rents might be easing due to high levels of future supply, tenants relocating to cheaper locations, limited debt availability and more mature market regulations.

The REIDIN Rent Index, which is not government backed and relatively new, increased by 12% Y-o-Y and 3% Q-o-Q. The villa rent index went up by 13% Y-o-Y and achieved its peak value in May 2013, while the apartment rental index improved 12% Y-o-Y butremains 24% lower than in January 2009 (when the indexcommenced). Following the recent rise in rental values, some tenantshave started to consider the most affordable secondary locations, amove that resulted in a slower rental growth in some well established areas.

Overall, the Dubai’s residential market appears to be experiencing a broad-based recovery in 2013, as prices and rents start to pick up in the affordable and secondary locations, sometimes at a higher pace than in the higher end areas.

The total residential stock in areas monitored by JLL stood at around 360,000 units as of June 2013, with around 3,400 residential units, mostly apartments, being handed over in Q2 2013.

The main completion of the last quarter was the much awaited Cayan Tower (also known as the Infinity Tower or Twisted Tower) in DubaiMarina, adding some 456 units to the residential market.

Other delivered projects include the Phase I of Anantara Residences on Palm Jumeirah, 29 Boulevard Towers 1 & 2 and the Standpoint Towers 1 & 2 in Downtown, The Residences at Business Central byDamac in Business Bay, in addition to three buildings by Ishraqah inJumeirah Village, Elite 4 in Sports City and the Acacia Villas on Al Soufouh.

A further 18,600 residential units are expected to come to the market before the end of the year. In reality, it is likely that much of thissupply will not be delivered by its scheduled date as somedevelopers, especially the ones with projects in areas with a largeupcoming supply, remain reluctant to launch some of their units.

By 2015, around 38,000 additional residential units are expected to be added to the market.

Most of the upcoming residential supply will be located outside of Central Dubai in areas to the South and East of the city. The largestproportion of future stock from 2013 to 2015 will be delivered in thesubmarkets of Dubailand (5,800 units); Dubai Sports City (4,000units); Business Bay (3,600 units); Dubai Marina (2,800 units); andJumeirah Village (2,500 units).