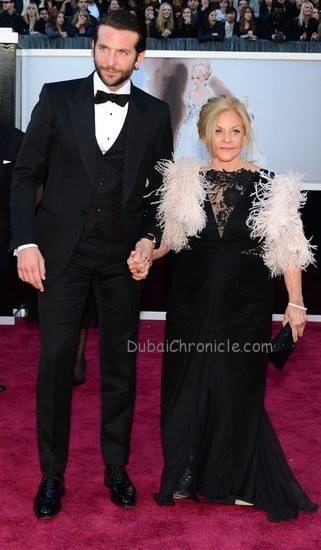 The 85th Oscar Academy Awards are the biggest film event of the year. The best of the best are honored and their names become part of the movie history. However, the Oscars’ red carpet is also a fashion runway on which celebrities are judged not upon their talents, bank accounts or beauty, but upon their outfits. Every year the media comes up with thousands of best-dressed and worst-dressed lists right after the show’s end or even before that. Unfortunately for the stars, the best dressed of them never remain in the headlines for long. On the contrary, their fashion mistakes are always here to haunt them.

Bjork (2001) – This is officially the worst Oscar dress and thus it is the most memorable one. The singer shocked the world when she showed up wearing a swan outfit at one of the most glamorous Hollywood events. Things got even worse when she pretended that she was laying an egg on the red carpet. Who was to blame for this disaster? The swan dress was made by Marjan Pejoski, a designer from Macedonia. No wonder you haven’t heard of him.

Whoopi Goldberg (1993) – In 1993, Goldberg was a presenter at the Oscars and she wore a strange combination of green brocade trousers and a purple satin frock coat.

Cher (1986) – The only reason why the Believe singer is not taking the first spot on the list is that we are used to seeing strange outfits and hairstyles from her. You cannot surprise us, Cher! Back in 1986, she appeared in a black outfit and a massive headpiece. She later shared that the headpiece was made of rooster feathers.

Celine Dion (1999) – The talented singer abandoned all logic and style in 1999 when she wore a tuxedo… backwards.

Sophia Loren (2009) – We really don’t know what happened here! Italians are known for their excellent taste in fashion. However, Sophia Loren was almost hidden behind the ruffles of her Armani gown. Also, the yellow colour did not help her much.

Angelina Jolie (2012) – The 2012 Oscars will be remembered with Angelina Jolie’s rught leg sticking out of her dress. The actress did not stop showing her long limb not even for a second. Maybe this year she’ll give a glimpse of her left one.

Dennis Rodman (1997) – Don’t assume than famous men don’t make fashion mistakes. The scandalous athlete wore a suit that was said to be inspired by the Mad Hatter.

Diane Keaton (2004) – Talking of menswear, Diane Keaton made a more than surprising fashion choice for the 2004 Oscars. The actress wore a man’s suit and tie which did not have even a single trace of femininity.

Geena Davis (1992) – In 1992, Geena Davis was on top of her fame. She was young, pretty, successful and nominated for an Oscar Award for her performance in Telma and Louise. Her dress, however, stole the show. The reason – it was very short and revealing in the front and too long and frothy at the back.

Kim Basinger (1992) – Baginger seemed to have difficulty deciding whether to wear a jacket or not since she wore a half-jacket. To make matters worse, she combined it with a long and bulky gown.

Warning: This list may become outdated after this year’s Oscar Academy Awards! However, celebrities will need to work really hard to surpass these red carpet fashion disasters.