Gold and silver prices have been trying to forcefully break above $1,260 and $20 over the past couple of weeks. At these historically high levels there has been dampened investment and fabrication demand, which has helped cap price gains. A retreat in prices may spark the demand needed for the break above recent resistance levels. Investment demand for both gold and silver has been firm. Economic conditions, although improved over the past several quarters, are still not at prerecession levels. Unemployment around the world remains high, especially in large consuming nations. This has contributed to the wide variation in economic indicators over the past several quarters. The restocking of inventories in late 2009 and earlier this year helped foster the economic recovery, but with high debt burdens on balance sheets of both consumers and governments, spending is likely to be constrained going forward. With investors earning low returns on fixed income investments, gold and commodities have become attractive. Gold and silver will continue to appeal to many investors for their safe haven attributes and as a hedge against volatile financial and economic conditions. Oil prices meanwhile may remain subject to the swings in the financial and economic landscape, with supply and demand fundamentals exerting their influence on occasion but more on the medium to longer term price trends.

Gold prices are forecast to move between $1,230 and $1,266 this week. A decline in prices toward $1,230 is expected to stimulate both investment demand and fabrication demand for the metal. Combined gold exchange traded fund holdings reached 65.78 million ounces on 8 September, off from the record high 65.93 million ounces reached on 1 September. The recent run up in assets such as equities reflects an increase in risk appetite among market participants. This increase in risk appetite is very fragile, however, with several political and economic factors having the potential to derail global economic growth. Any weakness in gold prices may be seen as a buying opportunity, which could help push prices to the upper end of the above stated range. Prices are expected to face significant resistance in settling above $1,266, without any material negative news over financial and economic conditions. If such news were to enter the market prices could potentially rise toward $1,300. This is unlikely to happen this week, however.

Silver prices are likely to weaken from current levels before they rise. The metalâ€™s price supportive fundamentals remain in place, with any weakness in price seen as a breather from the recent rally. Prices could decline toward $19.40, if they slip below this level they could move toward $19. Silver prices at these levels are expected to attract significant buying interest from market participants, which could potentially push prices toward $20 or $20.50. Investors in silver exchange traded funds (ETFs) have continued to increase their holdings even at high prices. This suggests investors expect prices to continue rising. Combined silver ETF holdings stood at 498.5 million ounces on 9 September, a record high. U.S. Mint silver coin sales totaled 2.45 million ounces in August, up 15% from the same period last year. Gartner revised higher its estimate for global semiconductor revenue growth in 2010 to 31.5% over 2009, up from 27.1% in its second quarter estimate. This is positive for silver fabrication demand given the use of the metal in semiconductors. 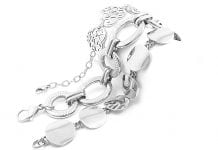