The fundamental credit outlook for the banking sector of the United Arab Emirates (UAE) is negative, reflecting growing pressures in the operating environment, which is believed will weaken the financial fundamentals of UAE banks going forward, says Moody’s Investors Service in its new Banking System Outlook on the UAE.

Moody’s negative outlook for the UAE banking system expresses the rating agency’s view on the likely future direction of fundamental credit conditions in the industry over the next 12 to 18 months. It does not represent a projection of rating upgrades versus downgrades.

Key factors underlying Moody’s negative outlook for the UAE banking system include the growing potential for a deterioration in asset quality in light of the property market correction, which began having an impact in Q4 2008. “Moody’s is mainly concerned about the loans to ‘opportunistic’ developers that have been extended over the past four to five years following Dubai’s decision to allow freehold ownership for foreigners in 2003,” explains John Tofarides, a Moody’s Analyst and author of this report.

Other negative factors include: the liquidity constraints observed in H2 2008, which Moody’s expects to have severe consequences for future asset growth and profitability; the equity price collapse in 2008, which has affected Q4 financials (although Moody’s expects its effect to stabilise in 2009); and the sharp decline in oil prices and the subsequent oil production cuts, which Moody’s predicts will significantly weaken the UAE’s fiscal surplus and real economic growth in 2009.

These factors will negatively affect the credit environment over the next 12 to 18 months, in an economy that has recorded an annual growth of over 7% in real terms and more than 17% in nominal terms since 2003. More positively, UAE banks’ deposit ratings are underpinned by a high probability of systemic support, in what Moody’s characterises as a high-support environment.

Furthermore, Moody’s views the UAE banks as having strong financial fundamentals overall, with satisfactory capitalisation levels and fully provided non-performing loans. “High oil revenues over the past five years have served as a catalyst for growth and the accumulation of substantial financial reserves, and the banking sector’s strong association with local governments/quasi-government institutions, which are the principal architects and drivers of infrastructure, have helped to boost the franchises of local banks,” explains Mr Tofarides,Â  Moody’s Analyst and author of the current report. 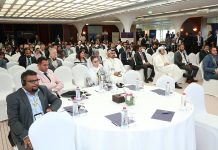 Liquidity improving within the banking system