YouGov’s latest data from the second wave of survey run among 500 senior working professionals between 24th- 30th March reveals that the number of business professionals claiming the Coronavirus has impacted their business has increased since last week and 92% now say the pandemic had a large or moderate impact on their business. This is up from 79% in the last wave run between 9th-15th March.

Cancelled or postponed business trips or appointments as well as declining sales continue being the most visible effects of the coronavirus, with half the surveyed respondents experiencing these outcomes. Professionals indicating the virus has led to insecurity among employees and introduction of hygiene measures remains the same as last time- at 44% and 42%, respectively. 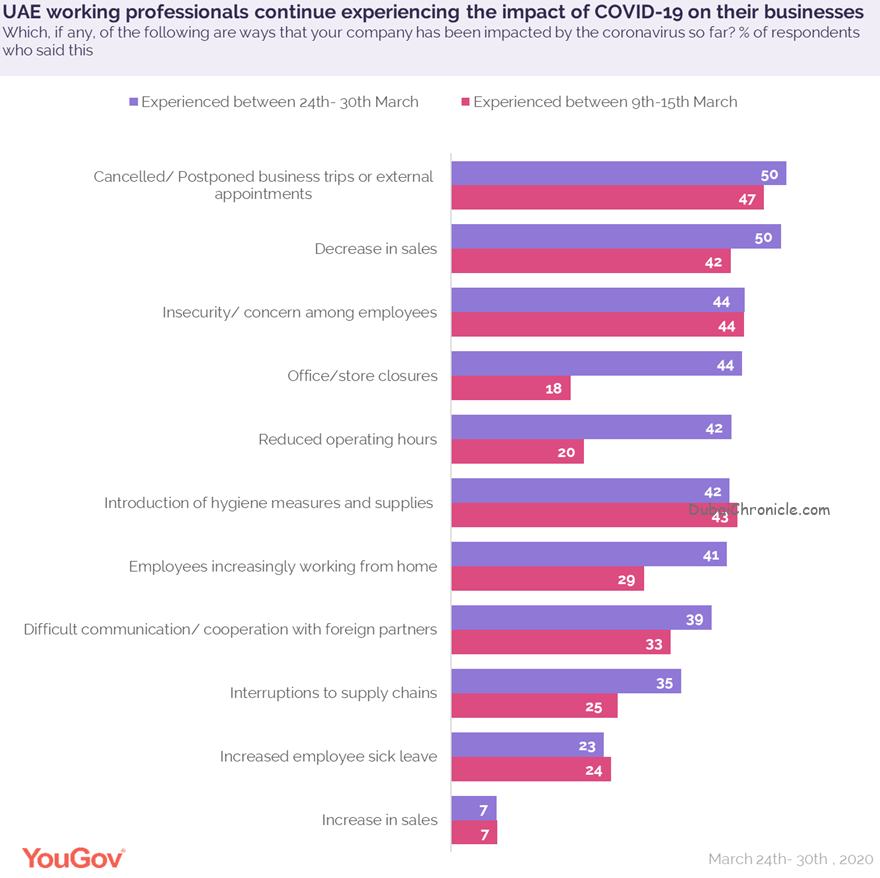 There has been a slight increase in the number of business professionals saying they experienced difficulty in communicating with foreign partners (from 33% to 39% this week) and suffered interruption to the supply chain (35% to 25%).

Perhaps the most notable impact of the Coronavirus over the past weeks has been on the operations of businesses. The number of people who said they suffered office/ store closures and reduced operating hours has doubled since the last time the survey was run – 44% and 42% say this now, as compared to 18% and 20% saying this in the last wave. The UAE Government’s directive to shut all commercial establishments for two weeks could be the reason for this upspring in numbers.

On the other hand, the number who said they witnessed a positive impact such as increase in sales due to the outbreak remains the same- at 7% this week as well.

The data suggest people expect further disruption and 86% said the virus is very likely or fairly likely to affect their business in the future.

Looking at the current situation, a third feel (32%) it may take a month or less for their business to recover from the pandemic, once the situation is resolved.

The rest, however, expect a long recovery period once things are normal. 18% think it may take one to two months and 13% feel it could take two to three months until business improves.

17% reckon it may take longer – four to six months – and 13% think it could take more than six months for business to run smoothly. 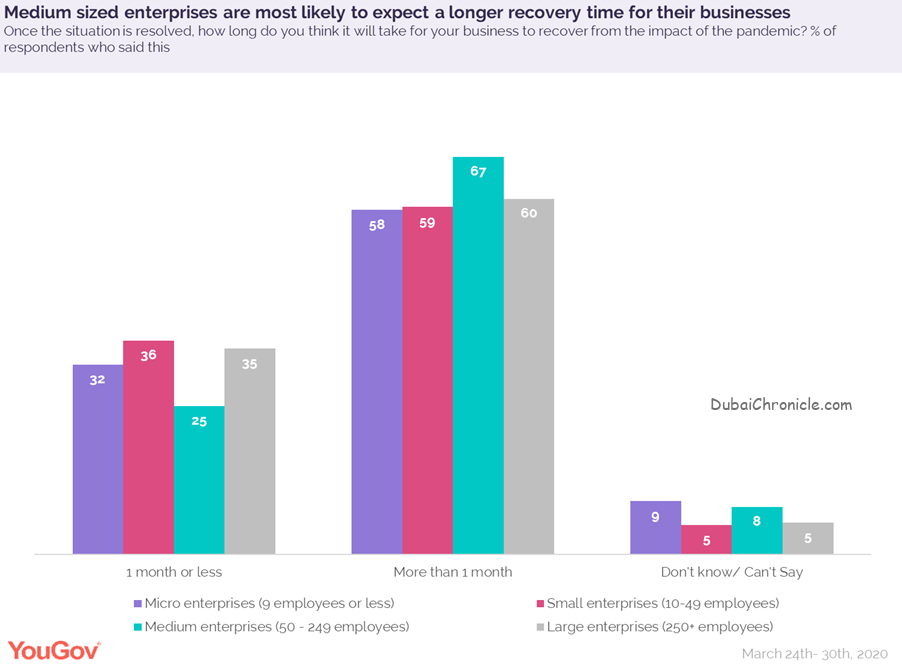 Data collected online by YouGov Omnibus among 500 respondents in the UAE with designations of senior business managers and above between 24th and 30th March 2020 using YouGov’s panel of over 6 million people worldwide. Data is representative of the adult online population in the country.